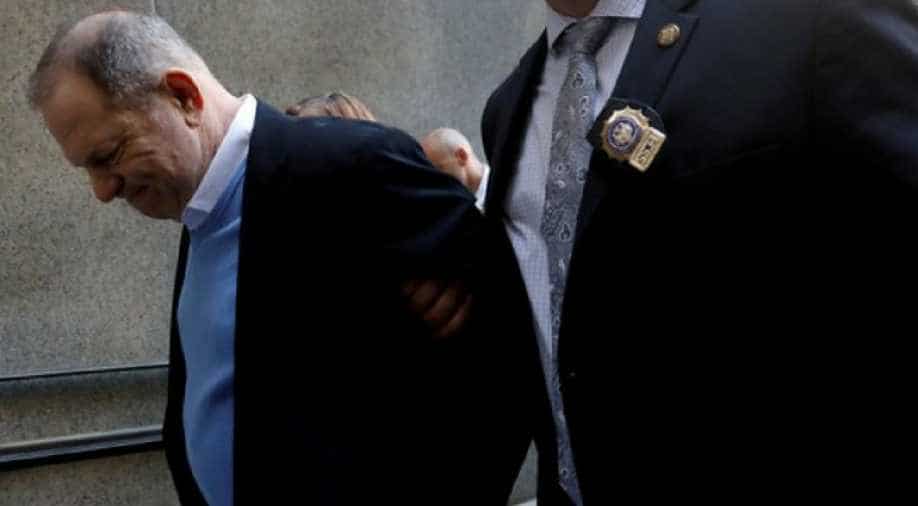 Weinstein, an international pariah after being accused by more than 80 women of sexual misconduct, is out on a $1 million bail and denies any non-consensual sex.

The prosecution has admitted to a new embarrassing error in the Harvey Weinstein case, saying a police detective told one of the disgraced Hollywood producer's accusers to delete from her phone anything she wanted to keep private.

In a letter to Weinstein's attorney dated Tuesday, prosecutor Joan Illuzzi-Orbon acknowledged that the lead detective had made the recommendation to one of two women accusing Weinstein in the case, in which he faces charges of rape and a forced oral sex act.

"My office had asked Complainant 2 to produce any and all cellphones that she might have used during the time she interacted with the defendant," the letter said.

But the detective told her she "should delete anything she did not want anyone to see before providing the phones to our office."

Illuzi-Orbon says the woman ultimately handed over the phones "without any deletions," but the admission further weakens the prosecution's case.

"This new development even further undermines the integrity of an already deeply flawed indictment of Mr Weinstein," his lawyer Ben Brafman was quoted by a spokeswoman as saying.

The lawyer requested in August for the whole case to be thrown out and is awaiting a decision of the judge. The next hearing is scheduled for December 20.

The New York Police Department said "the evidence against Mr Weinstein is compelling and strong," according to a statement published in The Los Angeles Times.

"The NYPD will continue its work with the prosecution to deliver justice for the courageous survivors who have bravely come forward."

Weinstein, an international pariah after being accused by more than 80 women of sexual misconduct, is out on a $1 million bail and denies any non-consensual sex.

One of six sexual assault allegations against Weinstein thrown out earlier this month in a victory for the defense.

A letter from prosecutors, subsequently unsealed by the judge, revealed credibility issues and seemed to suggest that Lucia Evans, an aspiring actress in 2004, may have performed oral sex on Weinstein of her own volition, in the hope of obtaining an acting part.

The document also referenced possible police misconduct, after a detective failed to turn over details from a witness interview, and a draft email from Evans to her husband that exposed further inconsistencies in her account.