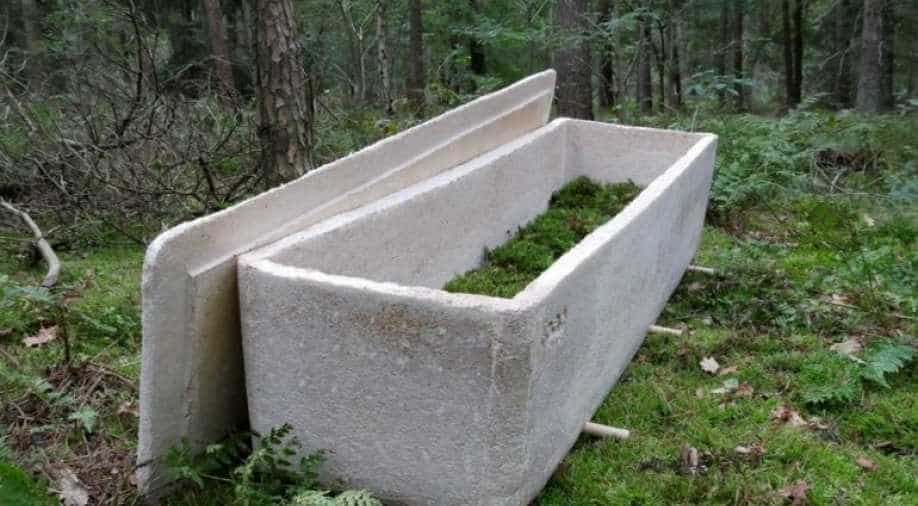 Named as 'Living Cocoon', the coffin is made from mycelium, which is the root structure of mushrooms

In the Netherlands, burials have started to take place in what is described as "world's first living coffin" to accelerate the decomposition of the body.

Named as "Living Cocoon", the coffin is made from mycelium, which is the root structure of mushrooms.

"This is the world's first living coffin, and actually last Saturday the first human being in the Netherlands was composted and returned into the cycle of life," said Bob Hendrikx to news agency AFP, who invented these coffins in his student laboratory at Delft Technical University.

With the help of these coffins, the body can decompose in two to three years, which in traditional burials take over 10 years.

The casket will disappear within 30 to 45 days and has the size of a traditional coffin.

Hendrikx called the mycelium, "biggest recyclers" of nature, saying using this coffin is "most natural way" to bury a body.

"We no longer pollute the environment with toxins in our body and all the stuff that goes into the coffins but actually try to enrich it and really be compost for nature," he further elaborated.