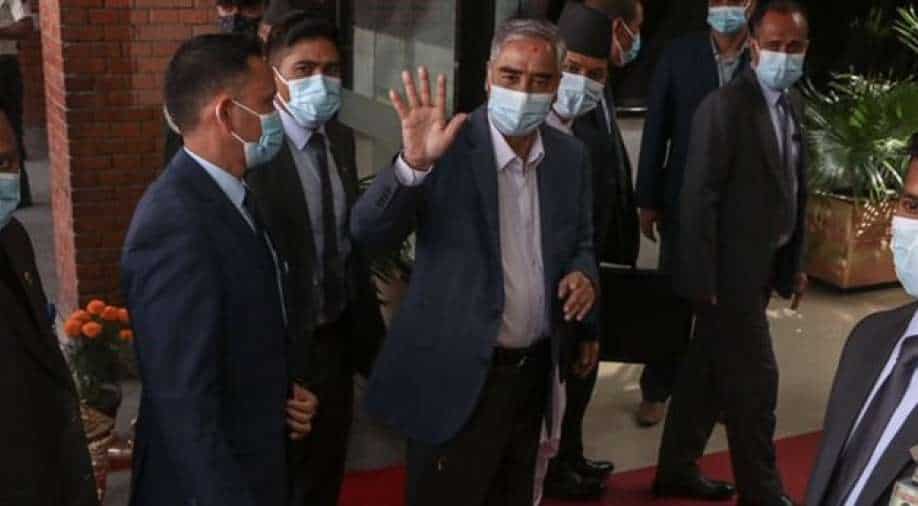 Nepal Prime Minister Sher Bahadur Deuba is embarking on the first foreign trip since assuming office in July. He departed for the UK to attend the COP26 climate summit in Glasgow. During his trip, he will meet foreign leaders and dignitaries including Indian Prime Minister Narendra Modi.

Nepal Prime Minister Sher Bahadur Deuba departed for United Kingdom on Friday to attend the COP26 climate summit in Glasgow, in his first foreign visit since  assuming office in July.

He will hold bilateral meetings with Indian Prime Minister Narendra Modi and other heads of state and government on the sidelines of COP26.

Deuba will attend the official opening ceremony of COP26 on November 1, 2021, and will deliver Nepal’s national statement at the summit.

"Nepal reiterates its commitment to 1.5 degree pathways and calls upon international community for more ambitious targets with adequate support measures," the prime minister had said in September.

Watch: Is COP26 failing before it begins?

According to the foreign ministry, Prime Minister Deuba will attend the reception to be hosted by British Prime Minister Boris Johnson in honour of the participating Heads of State and Governments.

Deuba is also scheduled to attend and address the welcome event being hosted by All-Party Parliamentary Group for Nepal (APPG-N) and UK-Nepal Trade and Investment Forum in London on October 30.

PM Deuba will also attend a reception hosted in his honor by the Chargé d’affaires. at the Embassy of Nepal in London.

He will meet with the representatives of Gurkha Veterans’ organisations, members of British Parliament and other members of Nepali diaspora.

The prime minister is also scheduled to visit Royal Botanic Garden in Edinburgh on November 3, 2021, and address a gathering there. He will plant a sapling in the Nepali Garden.

On his first foreign visit, Deuba will be accompanied by Ramsahay Prasad Yadav, minister for forests and environment, as well as senior officials of the government of Nepal.

PM Deuba will return to Kathmandu on November 4.