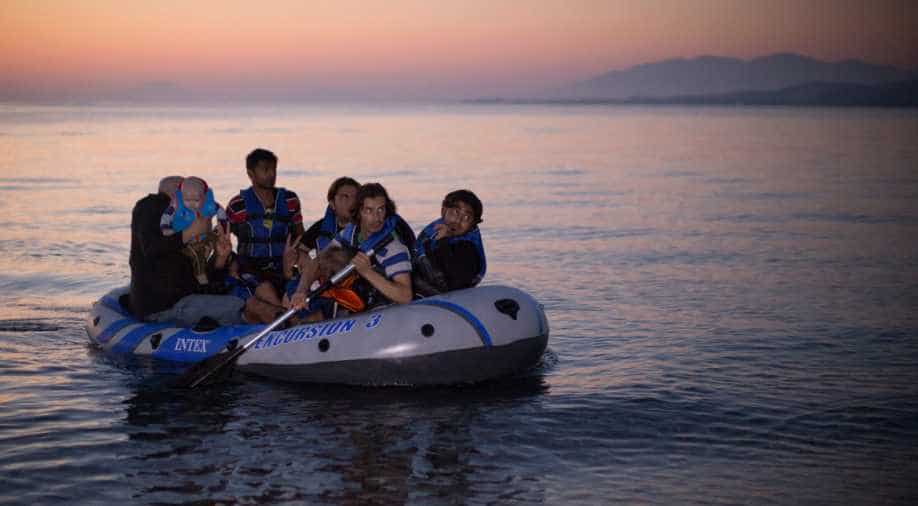 Migrants arrive on the beaches of Kos in Greece. In first six months of this year, 225,665?migrants?arrived in Italy, Greece, Cyprus and Spain by sea. Photograph:( Getty )

Nearly 2,900 migrants have died trying to reach Europe by crossing the Mediterranean Sea, making the first six months of 2016 the deadliest onrecord, according to figures published today by an international migration group.

Between the months of January and June, there were 2,899 recorded deaths at sea, the International Organisation for Migration (IOM) reported, around a 50 per cent increase in the number of deaths when compared with the same period in 2015, when 1,838 migrants went missing or drowned at sea. In 2014, there were 743 deaths at sea by mid-year.

"Europe's done a remarkable job, they've saved thousands of lives this year alone. But almost 3,000 people dead means they're not doing everything that needs to be done."

Millman said he was not expecting migrant arrivals to decrease as insecurity in Libya, Syria and other war-torn countries is not likely to improve in the coming months.

In first six months of this year, 225,665 migrants arrived in Italy, Greece, Cyprus and Spain by sea, with the central Mediterranean route to Italy claiming the most lives, accounting for nearly 2,500 deaths. This time last year, the number of arrivals by sea was just over 146,000, the IOM said.

On Thursday, 10 women died in a sinking rubber boat off the coast of Libya and an Italian ship rescued hundreds of other migrants, the Italian coastguard said.

The latest deaths came as Italy raised the wreck of a fishing boat that sank in April last year. The disaster is feared to have killed up to 800 people, making it one of the deadliest shipwrecks in decades of seaborne migration from North Africa towards Europe.