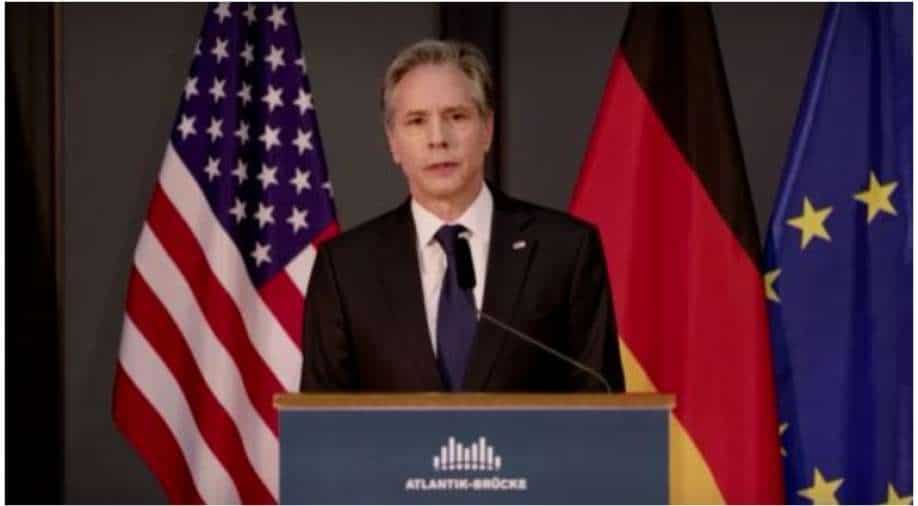 Situation at Ukraine-Russia border is rapidly coming to a head. Russia faces immense pressure from the West to withdraw troops from the border. Last-ditch attempts are on to prevent situation from escalating

US Secretary of State Antony Blinken made a strong statement underlining that NATO was not the aggressor but it was Russia who invaded Ukraine. Russia annexed Ukraine's Crimean peninsula in 2014. Tensions are high between Russia and the West over possibility of another Russian invasion.

Russia, which has tens of thousands of its soldiers stationed along its border with Ukraine has been claiming that it did not want to attack Ukraine. However, statements from Russian camp have mentioned 'security threats' from Ukraine. This is largely seen as attempt to create pretext for invasion. Russia is strongly against inclusion of Ukraine, a former Soviet territory, in NATO.

On Thursday, Blinken spoke with his German counterpart Annalena Baerbock and German Chancellor Olaf Scholz. Blinken is due to meet Russian Foreign Minister Sergei Lavrov in Geneva to calm situation that observers say was potentially headed for conflict.

Blinken underlined in his speech that Ukraine wasn't the aggressor in the conflict with Russia.

"Ukraine is just trying to survive. No one should be surprised if Russia instigates a provocation or incident and then tries to use it to justify military intervention, hoping that by the time the world realises the ruse, it'll be too late," Blinken told the audience. "There's been a lot of speculation about President Putin's true intentions, but we don't actually have to guess. He's told us repeatedly. He's laying the groundwork for an invasion because he doesn't believe that Ukraine is a sovereign nation."

He also made clear that the conflict was bigger than a conflict between two states and bigger than between Russia and NATO.

The United States together with their allies and partners were still prepared to offer a diplomatic path out of the crisis, Blinken added. "That's why I've returned to Europe, Ukraine yesterday, Germany here today, Switzerland tomorrow, where I'll meet with Russian Foreign Minister Lavrov and once again seek diplomatic solutions."

Blinken's tough words came on the same day when US approved request from Baltic countries to supply US-made weapons to Ukraine. 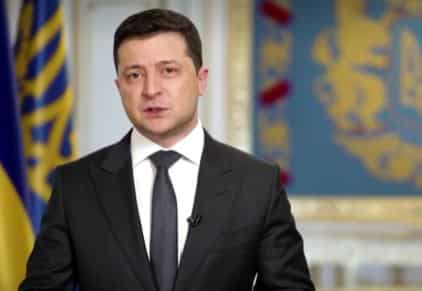 Addressing the nation in the video released by the presidential press office, Zelenskiy also said that Ukraine wanted its partners to be more specific in their reaction to war threat.