National Endowment for the Arts funding would rise under Biden plan 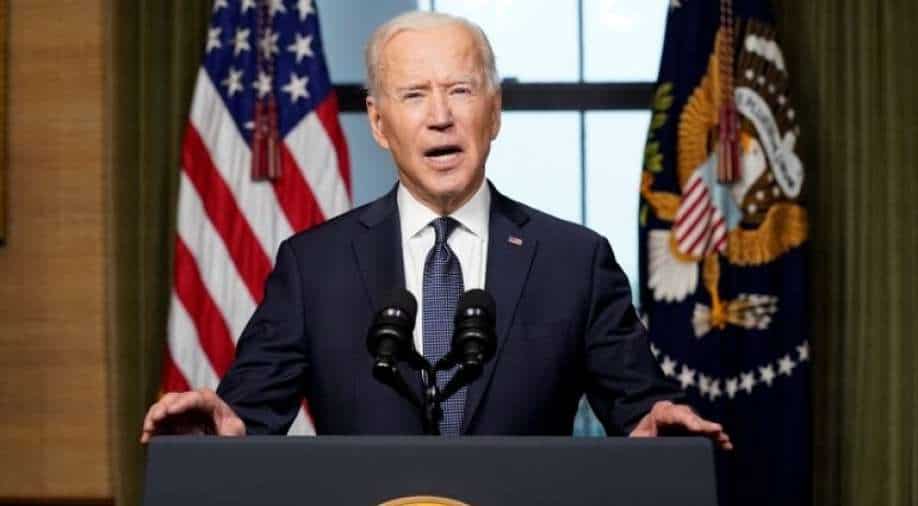 If approved by Congress for the 2022 fiscal year, it would be the largest increase — in dollar terms — in the organization’s history, the agency said

After four years when the National Endowment for the Arts lived under the threat of elimination, President Joe Biden on Friday proposed a 20% increase in the budget for the agency to $201 million.

If approved by Congress for the 2022 fiscal year, it would be the largest increase — in dollar terms — in the organization’s history, the agency said.

The proposal in Biden’s inaugural $6 trillion budget is a sharp turnaround from the years under President Donald Trump when, year after year, Trump proposed eliminating funding for the agency, as well as the National Endowment for the Humanities and the Corporation for Public Broadcasting, which supports public television and radio outlets around the country.

Still, it must survive congressional scrutiny. Though Trump’s budgets called for the elimination of the agency every year, its funding actually expanded a bit over the course of his term as arts advocates leaned on lawmakers to hold the line and save an agency that largely serves as a clearinghouse for grants to arts organizations across the country.

“President Biden’s budget represents a significant commitment to the arts and cultural sector and reflects the continued importance of arts organizations and cultural workers to the health and vitality of the country,” Ann Eilers, the agency’s acting chair, said in a statement.

The agency said that the “increased investment in the agency will allow it to provide critical support to the arts sector as it struggles to reopen, rehire workers, and generate arts activities that will help fuel the economy.”

The endowment had long been in the cross hairs of Republicans as a symbol of wasteful liberal largesse when, in 2017, Trump became the first president to make a formal proposal to eliminate it. That sparked active lobbying efforts by arts advocates, and the agency survived because of bipartisan support in Congress.

Biden has long been regarded as a consistent advocate for government funding for the arts. The American Alliance of Museums cheered Biden’s plan, saying in a statement it was “a welcome change from the past four years.”

The proposed spending plan is still tiny compared to the cultural budgets in European countries where financial support for the arts is viewed as a government function. For example, Britain’s culture ministry has annually spent more than $1 billion on the arts for years.

According to the endowment’s analysis, the Biden spending plan would be the largest single-year increase in its funding since the jump between 2009 and 2010 when its budget rose from $155 million to $167.5 million. It fell again the following year.