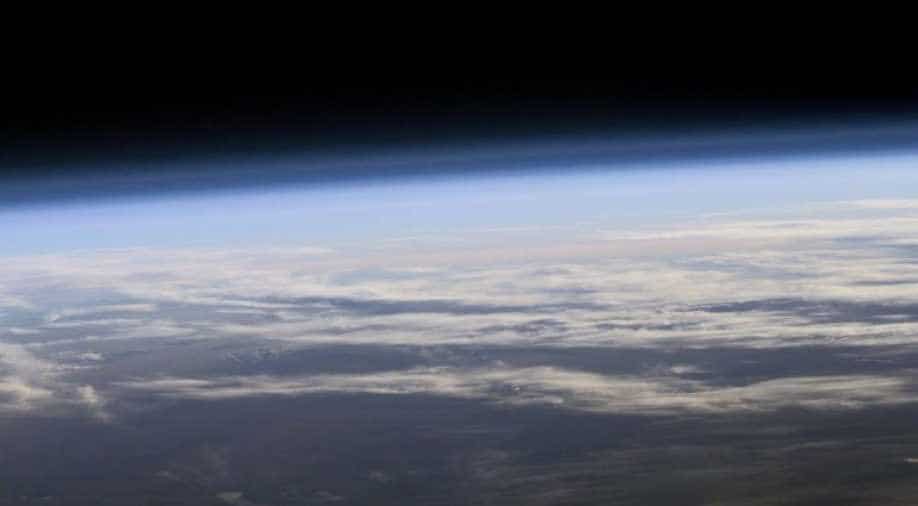 Experts noted the reduction in ozone layer depletion as an anticipated phenomenon. Image via NASA. Photograph:( Others )

Experts at NASA believe ozone layer depletion to have slowed down a little.

In a report published on NASA's website, direct satellite observations of the ozone hole revealed a decline in the levels of ozone-destroying chlorine, therefore resulting in less ozone depletion.

Experts reported that the international ban on chlorine-containing chemicals (CFCs) has initiated a drop in chlorine in the atmosphere.

Scientists measured nearly 20 percent drop in ozone depletion during the Antarctic winter in 2016 as compared to the year 2005.

“We see very clearly that chlorine from CFCs is going down in the ozone hole, and that less ozone depletion is occurring because of it,” said lead author Susan Strahan, an atmospheric scientist from NASA’s Goddard Space Flight Center in Greenbelt, Maryland.

Experts noted the reduction in ozone layer depletion as an anticipated phenomenon, “this is very close to what our model predicts we should see for this amount of chlorine decline,” Strahan said.

No substantial decrease in the size of the ozone hole was seen as it is chiefly influenced by the change in global temperatures.

However, experts hope for a gradual recovery of the ozone hole over the decades as a result of a CFCs-free atmosphere.

The study was originally published on January 4 in the journal Geophysical Research Letters.