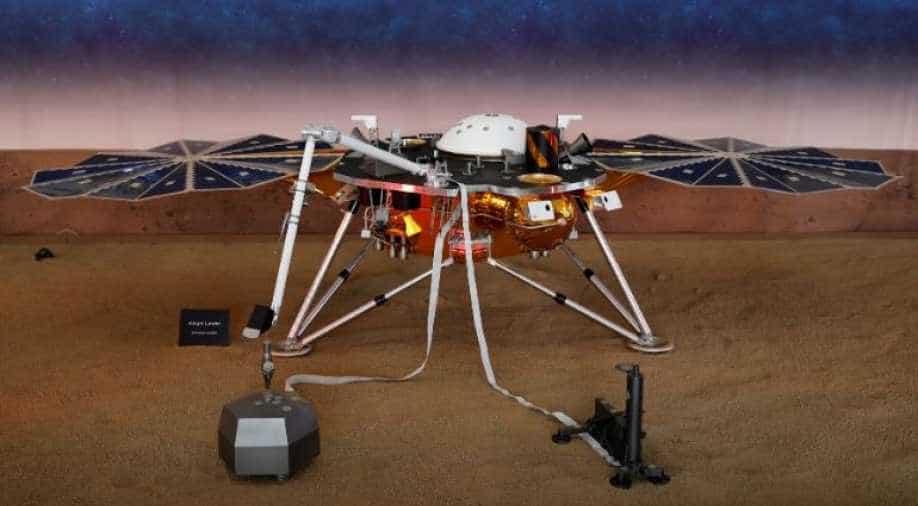 The InSight lander, which touched down on the planet's surface in November 2018 to begin the first mission to study the deep interior of Mars, has since detected around 450 marsquakes.

NASA's robotic InSight lander has for the first time established that Mars is seismically active.

The recent study claimed on Monday that Mars is a constantly tremoring "living" body as they unveiled measurements of seismic activity on the red planet showing similar tremble rates to Earth or the Moon.

The findings were published in the journals Nature Geoscience and Nature Communications.

These included several tremors that contained the same frequency patterns as tremors caused by the movement of Earth's own tectonic plates.

The InSight lander, which touched down on the planet's surface in November 2018 to begin the first mission to study the deep interior of Mars, has since detected around 450 marsquakes.

"This is the first mission focused on taking direct geophysical measurements of any planet besides Earth, and it's given us our first real understanding of Mars' interior structure and geological processes," said Nicholas Schmerr, an assistant professor of geology at the University of Maryland and a co-author of the study in Nature Geoscience.

Mars is alive, and I’m getting more of the big picture every day:

Lots of new science, as my team releases findings from my experiments here on #Mars. Read all about it: https://t.co/bQ6uhIPusV

Another team of researchers found that at least 20 of the quakes measured by the InSight lander had the equivalent strength of a magnitude 3-4 earthquake.

The scientists described two dozen marsquakes in a magnitude 3 to 4 range in the published findings.

The location of some of the larger marsquakes was a region called Cerberus Fossae that bears evidence of volcanic flows, faulting and water on the surface within the past 10 million years, considered recent in geological terms.

"Thus, this area still has activity at depth, perhaps including hot magma. This in turn shows that Mars has regional variability in activity, with some areas still quite active," JPL planetary geophysicist and InSight deputy principal investigator Suzanne Smrekar said.

The existence of seismic activity on Mars had long been suspected but until now had not been definitively detected.