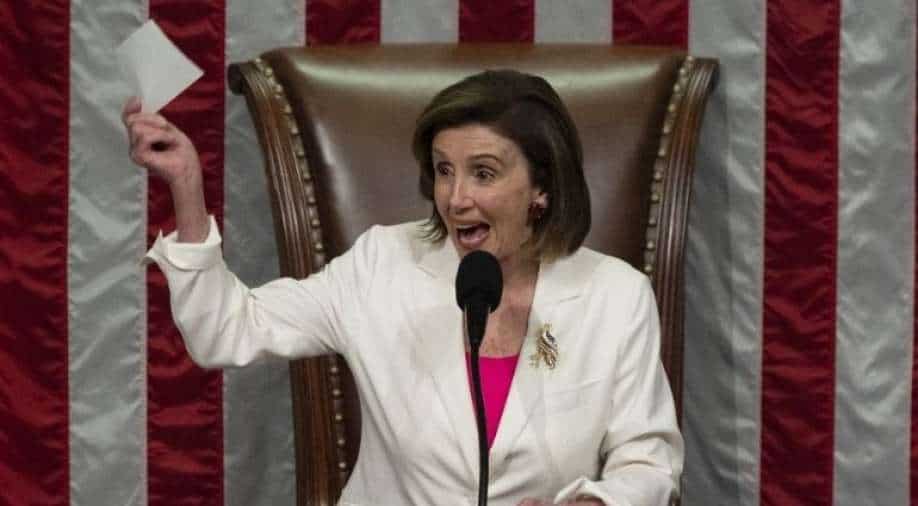 US House of Representatives Speaker Nancy Pelosi is expected to easily retain her Congress seat from San Francisco. But her Democratic Party is being predicted to be headed for a heavy defeat in upcoming midterm elections

US House of Representatives Speaker Nancy Pelosi said on Tuesday that she plans to run for 19th term in office. The Democratic Party leader said she was determined to stay on to fight existential threats to democracy.

House Speaker Nancy Pelosi, who turns 82 in March, had been expected to step down, with her party bracing for a possible heavy defeat in this year's midterm elections.

Despite dire predictions of a Democratic wipeout in November, Pelosi is likely to win her liberal San Francisco district comfortably -- but she did not reveal whether she intended to keep her leadership role.

"This election is crucial. Nothing less is at stake than our democracy. But as we say, we don't agonize, we organize, and that is why I am running for reelection to Congress and respectfully seek your support."

Pelosi, the only female speaker in US history, first took up the gavel in 2007 and returned to the role when the Democrats retook the House in the 2018 midterm elections.

After securing her party's nomination to lead the House in 2020, Pelosi suggested it would be her last term in the job.

The job places her second in line to the presidency behind Vice President Kamala Harris.