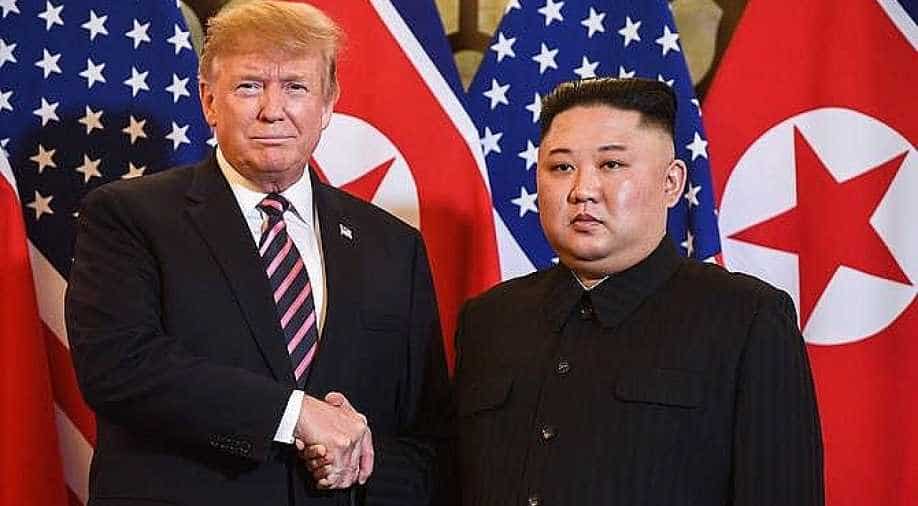 South Korea's Yonhap news agency said it was the first time Kim had sent well wishes to a world leader who tested positive for the novel coronavirus.

North Korean leader Kim Jong-un sent a message to Donald Trump after the US president's diagnosis with coronavirus, wishing him a speedy recovery.

"He offered his sympathy to the president and the First Lady," the official Korean Central News Agency (KCNA) reported.

South Korea's Yonhap news agency said it was the first time Kim had sent well wishes to a world leader who tested positive for the novel coronavirus.

"He sincerely hoped that they would be recovered as soon as possible. He hoped they will surely overcome it. He sent warm greetings to them," KCNA added.

Trump announced in the early hours of Friday that he had tested positive for Covid-19. He was later airlifted to a military hospital for further observation and treatment.

Trump and Kim held three high-profile meetings starting in June 2018, after an uptick in tensions between Washington and Pyongyang at the start of Trump's term. But nothing concrete emerged in terms of Pyongyang's denuclearisation, and talks have been officially at a standstill for months.

US Secretary of State Mike Pompeo said in mid-September that talks were ongoing behind the scenes.

Trump touts his friendly relations with Kim as one of his foreign policy achievements.