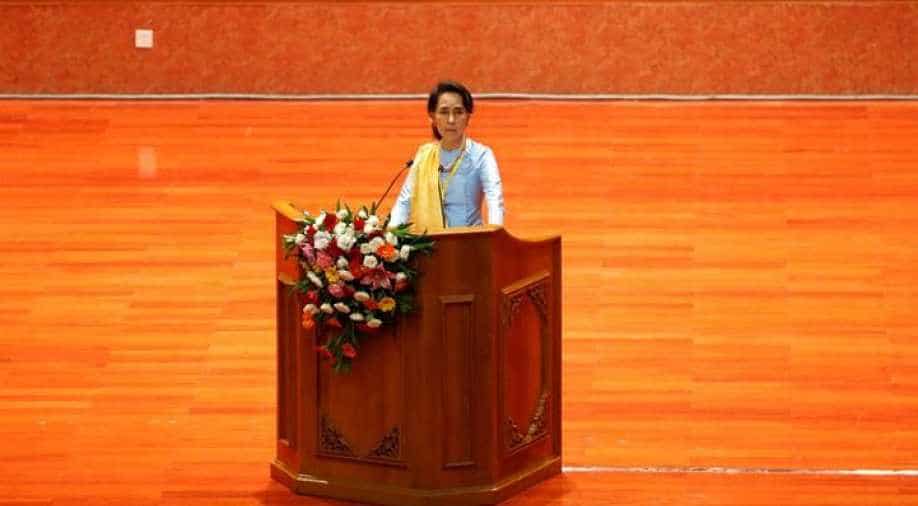 This comes as negotiators from Aung San Suu Kyi's government and the military hold peace talks with rebel groups||After decades of crippling junta rule, distrust of Myanmar's notoriously abusive military runs deep||Suu Kyi has made signing a nationwide peace deal a priority of her government

The video's emergence comes as negotiators from the civilian-led government of Aung San Suu Kyi and the military hold peace talks with more than a dozen ethnic rebel groups in the capital, aimed at ending some of the world's longest running civil wars.

At one point in the 17-minute long video, a uniformed man smashes his helmet into the face of one of the victims.

The uniformed men can be heard asking the handcuffed detainees whether they belong to the Ta'ang National Liberation Army (TNLA), an ethnic rebel group from north-eastern Shan State currently fighting the military.

Rights groups called on Myanmar's government to investigate whether troops were responsible.

"The Myanmar authorities should immediately investigate this footage, and with urgency the authority should determine the well-being and whereabouts of the men detained in the footage," said Matthew Smith from Fortify Rights.

Suu Kyi has made signing a nationwide peace deal a priority of her government with the latest round of peace talks currently underway in Naypyidaw.

But the peace process has had limited success so far.

Under Myanmar's junta-era constitution Suu Kyi has little control over the military and fighting between the army and ethnic rebels is currently at its most ferocious in years.

"These kinds of beatings and abuse are all too common," Phil Robertson from Human Rights Watch told AFP.

"That's a major reason why many of the ethnic armed groups are reluctant to place any trust in the Myanmar army's promises," he said.

The Nobel laureate has repeatedly defended the army's operations in western Rakhine state where tens of thousands of Muslim minority Rohingya have fled a recent military crackdown.

The UN says authorities may have committed crimes against humanity and ethnic cleansing in the crackdown but Suu Kyi has rejected calls for an independent fact finding commission.

Last week Myanmar's military said its own probe had found no evidence of atrocities committed by its troops in Rakhine -- although it said one soldier was punished for stealing a bike. 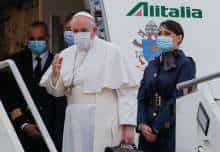