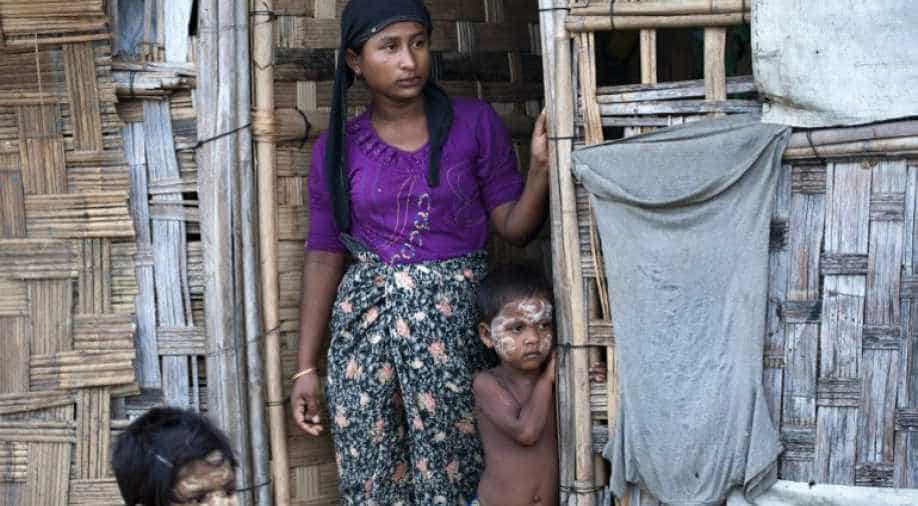 The government has so far dismissed most claims that soldiers raped, beat, killed and arbitrarily detained civilians while burning down villages, insisting instead that a lawful operation is underway against a group of armed Rohingya insurgents. Photograph:( AFP )

Human Rights Watch on Monday called for Myanmar to punish army and police commanders if they allowed troops to rape and sexually assault women and girls of the Rohingya Muslim minority.

The New York-based campaign group said it had documented rape, gang rape and other sexual violence against girls as young as 13 in interviews with some of the 69,000 Rohingya Muslims, who have fled to Bangladesh since Myanmar security forces responded to attacks on border posts four months ago.

"The sexual violence did not appear to be random or opportunistic, but part of a coordinated and systematic attack against Rohingya, in part because of their ethnicity and religion," a Human Rights Watch (HRW) news release said. Reuters was unable to contact a Myanmar government spokesman to respond to the allegations.

An estimated 1.1 million Rohingya live in the western state of Rakhine but have their movements and access to services restricted. Rohingyas are barred from citizenship in Myanmar, where many call them "Bengalis" to suggest they are illegal immigrants from Bangladesh.

Independent journalists and observers have been barred from visiting the army's operation zone in northern Rakhine since the October 9 attacks that killed nine border police.

The government has so far dismissed most claims that soldiers raped, beat, killed and arbitrarily detained civilians while burning down villages, insisting instead that a lawful operation is underway against a group of armed Rohingya insurgents.

The Nobel Peace Prize winner took charge of most civilian affairs in April after a historic transition from full military rule, but soldiers retain a quarter of seats in parliament and control ministries related to security.

HRW said it had gathered evidence on 28 separate sexual assaults, including interviews with nine women who said they were raped or gang raped at gunpoint by security forces during the army's so-called "clearance operations" in northern Rakhine.

The women and other witnesses said the perpetrators were Myanmar army troops or border police, who they identified by their uniforms, kerchiefs, armbands and patches, HRW said.

“Military and police commanders should be held responsible for these crimes if they did not do everything in their power to stop them or punish those involved.”