'My foot got caught': Joe Biden takes a tumble after falling from bike 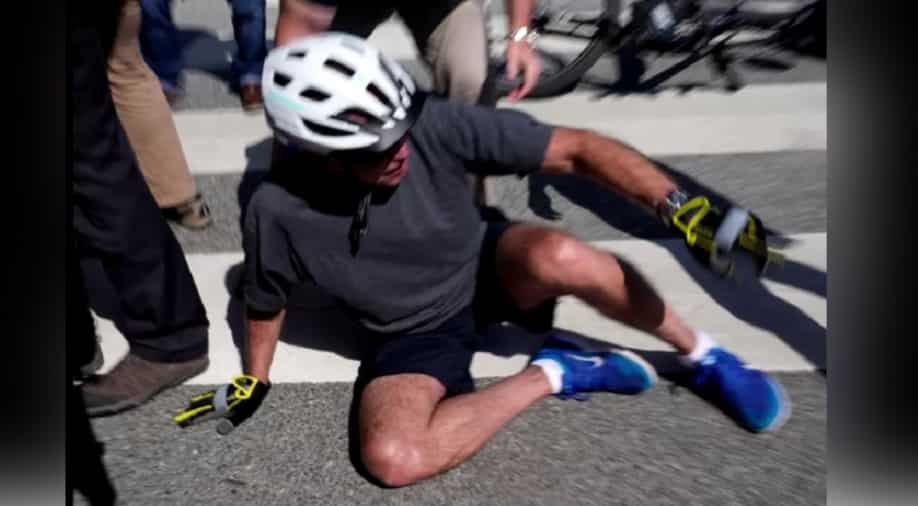 When Biden approached the mixed group of supporters and media gathered at Cape Henlopen State Park, he fell on his side and was immediately surrounded by Secret Service who helped him to his feet

US President Joe Biden took a spill from his bike on Saturday (June 18) as he stopped to greet supporters and media during a weekend trip near his beach home in the state of Delaware.

According to a video from a White House pool report, the 79-year-old president was wearing a short-sleeve shirt, shorts, and a helmet as he was finishing up his ride with First Lady Jill Biden.

When he approached the mixed group of supporters and media gathered at Cape Henlopen State Park, he fell on his side and was immediately surrounded by Secret Service who helped him to his feet.

"Have to take off these things. My foot got caught," Biden said when asked what caused him to topple off his bike.

Calling the incident "a mad scramble of Secret Service and press," a White House pool report said there were no visible scrapes or bruises from the fall.

Biden, whose health is the subject of constant attention, told reporters that he was in the process of making up his mind on easing US tariffs on China imposed by former US President Donald Trump in order to soften inflationary pressures and he would be speaking to Chinese President Xi Jinping soon.

He added that he was happy with the action taken on gun legislation by his home state of Delaware, which passed a ban on assault-style weapons after he was asked if he was satisfied with the progress in arms regulation.

Biden broke a foot while playing with his pet German shepherds shortly after his election but before taking office.