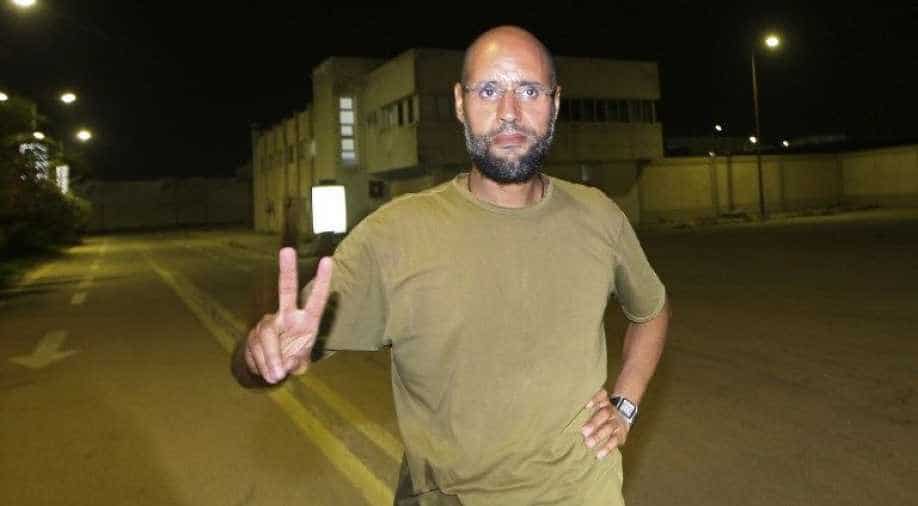 Saif, 45, is also seen as a potential reformist successor to his father. Photograph:( AFP )

Saif was released in June this year, six years after former-president Gaddafi's ouster and death.

Saif was charged with war crimes and imprisoned for five years.

Saif, 45, is also been seen as a potential reformist successor to his father, the one who could probably help in bridging the gap between country's rival factions and settle the ongoing state of anarchy in the country.

According to Egypt's online portal, Egypt Today, Saif "enjoys support from some of the prominent tribes in Libya", a factor that can swing the election results in his favour if he announces his intention to contest the elections that are scheduled for mid-2018 in Libya.