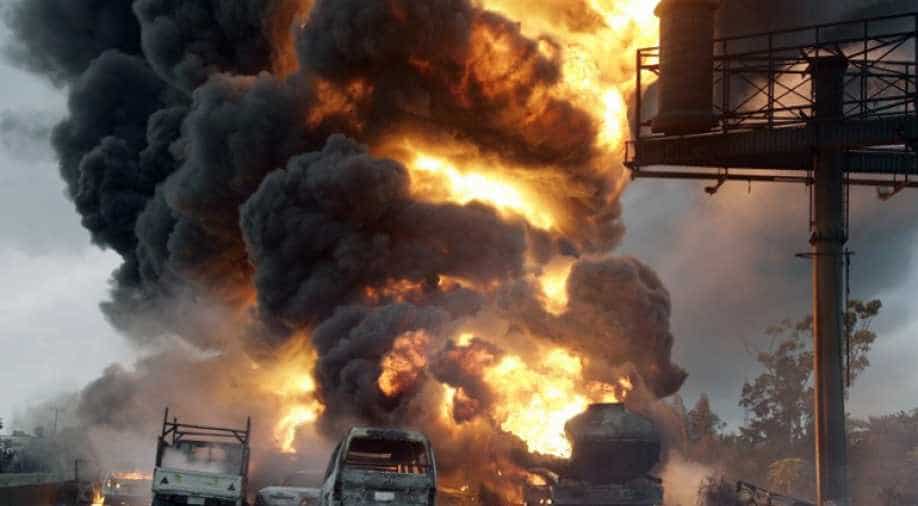 Ambulances and medical personnel were dispatched to assist the injured and transport them to Tete hospital, some 90 km away. (Representative image) Photograph:( AFP )

People were trying to take petrol from the truck when it exploded, the government said.

"Because of the heat, the truck burst into flames, leading to the deaths of 73 people and causing burns in 110 others, according to investigators' initial findings."

The truck was going to Malawi from the port city of Beira, when the incident took place near the border, Reuters reported.

"Ambulances and medical personnel were deployed to the scene in order to assist the victims. The injured were evacuated to Tete hospital," some 90 kilometres (55 miles) away from the accident site.

Information ministry director, Joao Manasses said an investigation will be conducted to find out if the truck was selling petrol or people took over.

Fuel prices were increased recently after Mozambican currency, metical fell against the dollar.

Mozambique is one of the poorest countries in the world and since 1992 is going through severe economic crisis.