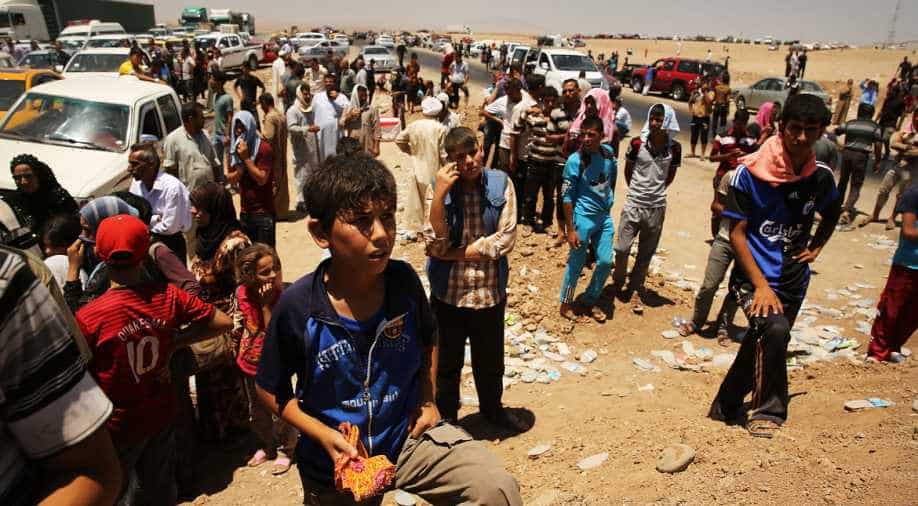 (In photo) Iraqis who have fled recent fighting in the cities of Mosul and Tal Afar try to enter a temporary displacement camp but are blocked by Kurdish soldiers. Photograph:( Getty )

After a strategic break meant to relieve troops after two months of intense urban guerrilla warfare, Iraqi forces launched a new wave of attacks to retake Mosul, the last stronghold and the de facto capital city of the Islamic State in Iraq.

The Iraqi army is now conducting a multi-axis advance, and according to the US Department of Defense two new fronts have been opened to increase pressure on the terrorists still fighting in the city.

Pentagon sources told CNN they have no reason to think that IS leader Abu Bakhr al-Baghdadi is dead. The reward for information leading to his capture is now at $25 million.

The major challenge in the Mosul offensive is the presence of many civilians within the city. There are no official figures on the current situation, but before the offensive begun the population was believed to be close to one million.

When wars are fought in highly and densely populated cities, citizens are forcibly and heavily involved in the conflict: A mortar can fall on their house any moment, a flying bullet can hit them, a car bomb or a rudimentary explosive device can explode in front of them without notice. The United Nations Office for the Coordination of Humanitarian Affairs (OCHA) estimates that 3,125 civilians have been injured in Mosul since the army entered the city in early November. That's a rate of about approximately 50 persons per day.

As the Iraqi army advances, more and more citizens decide to leave their home. The new round of attacks caused an increase in the number of people fleeing with as many as 13,000 running away in the first days.

Since the offensive started on October 17, the United Nation says that as many as 125,569 civilians have abandoned their home. The majority of them now live in the many refugee camps in northern Iraq, where a severe winter hits hard. The region sees temperatures which easily drop below zero during the night.

Some Iraqis who fled war are slowly deciding to go back as soon as their neighbourhoods are declared safe. The OCHA says that as many 14,000 people have currently returned.

When wars are fought in highly and densely populated cities, citizens are forcibly and heavily involved in the conflict: A mortar can fall on their house any moment, a flying bullet can hit them, a car bomb or a rudimentary explosive device can explode in front of them without notice.

A fundamental part of the Mosul offensive is dictated by the five bridges that cross the Tigris river, connecting the eastern and the western parts of the city. The bridges are the only way terrorists have to move between the two sides and partially escape isolation. All major roads from and to the city are in fact cut off by troops, so the only possibility for them to fight is to move within Mosul and organise as many ambushes as possible. Between December 26 and 27, at the request of the Iraqi army, US-led coalition forces disabled three bridges.

While this is militarily significant, it is also concerning for all those living in western Mosul, now suffering complete isolation. No humanitarian agency has access to the area.

OCHA reports that due to scarcity of food, prices are skyrocketing and many "water boreholes in the eastern part of the city are drying up or turning brackish from overuse".

The Mosul humanitarian emergency adds a problem to a country already devastated by more than ten years of conflict, from the US-led invasion to topple Saddam Hussein to the current fight against the Islamic State.

In 2016 alone, war has left 6,878 Iraqis dead, according to the UN Assistance Mission for Iraq.

That's nearly one life per hour.

While the Iraqi army is achieving moderate gains against IS, no matter how well they fight, destruction and death is inevitable.