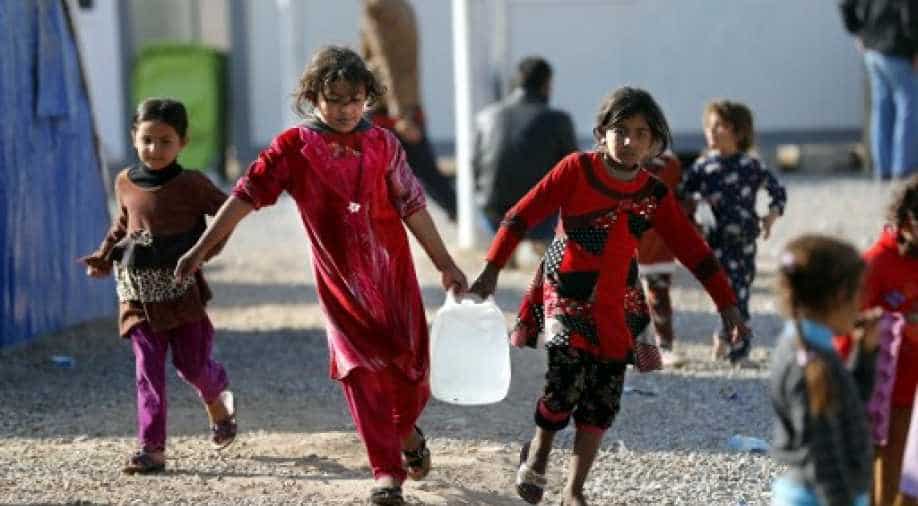 Internally displaced Iraqi children, who fled the ongoing fighting between Islamic State (IS) group jihadists and government forces around Mosul, carries a jerrican with water on November 28, 2016 at al-Khazer refugee camp. Photograph:( AFP )

Around 500,000 civilians in Mosul are facing a drinking water shortage, the UN warned as Iraqi forces advance against the Islamic State (IS) group in the city.

In addition to the severe lack of food and electricity, civilians are now running out of drinkable water, Lise Grande, UN humanitarian coordinator in Iraq told AFP.

Iraqi troops and allied forces launched an offensive last month to retake Mosul from the IS more than two years ago.

Weeks of fighting have among other things destroyed a major water pipeline in the city, the UN children's agency
UNICEF said.

Water was cut to 650,000 people - 40 per cent of the total population in the city - a local official told Reuters.

f the pipeline is not repaired, residents will be forced to consume unhealthy water, exposing them to dangerous diseases.

Residents in east Mosul have resorted to pumping water from wells.

Since the launch of the assault since October, more than 70,000 people have fled the fighting, but more than a million people are estimated to still reside in the city.

A hospital in Gogjali on the eastern outskirts of Mosul has already begun to get patients with diarrhoea and intestinal cramps, a medical source told AFP.

Some residents blamed the US-led coalition backing Iraqi forces for its warplanes damaging the main pipeline but an official with the Mosul municipality suggested that the IS may have intentionally stopped the flow.

Iraqi forces have told civilians to stay at home in order to avoid massive displacement from the city.