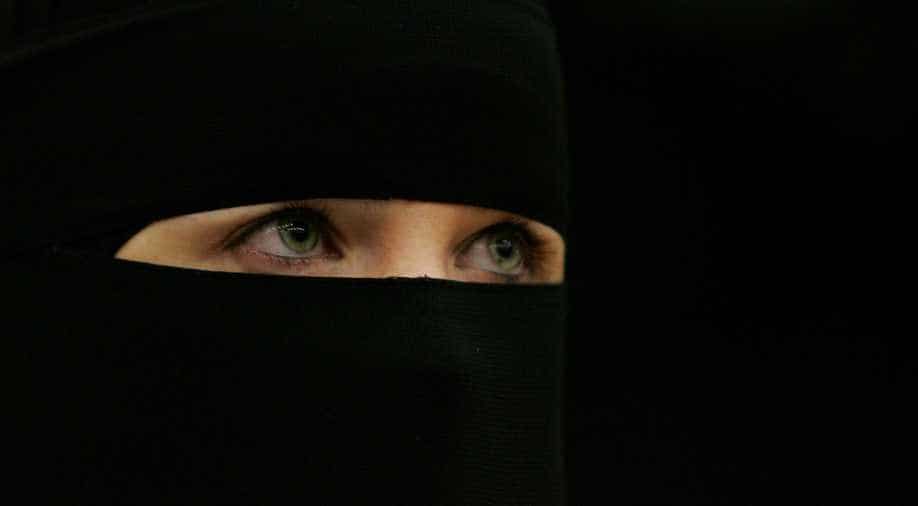 There has been no official announcement but the reports say the ban comes into effect from this week. Photograph:( Getty )

There has been no official announcement but the reports say the ban comes into effect from this week.

"We have taken the step of completely banning the import, manufacture and marketing of this garment in all the cities and towns of the kingdom," the Le360 news site quoted a high-ranking interior ministry official as saying.

Security concerns prompted the decision "since bandits have repeatedly used this garment to perpetrate their crimes," reports stated.

Most women in Morocco, whose King Mohammed VI favours a moderate version of Islam, prefer the hijab headscarf that does not cover the face, AFP said.

The burqa, which leaves the area around the eyes uncovered, is also worn in in more conservative regions in the north.

The Media 24 website reported that the interior ministry officials conducted awareness campaigns in some commercial districts of Casablanca to "inform them of this new decision" on Monday.

Reports also said that authorities have directed traders in Taroudant in southern Morocco to stop making and selling burqas and to liquidate their stock within 48 hours. Similar instructions were given to retailers in the northern town of Ouislane.

It is illegal to wear full veils in public in France and Belgium. It is unclear whether Morocco plans to follow suit.

"Is Morocco moving towards banning the niqab that Muslim women have worn for five centuries?" Salafist sheikh Hassan Kettani wrote on Facebook.

"If true it would be a disaster," he added.