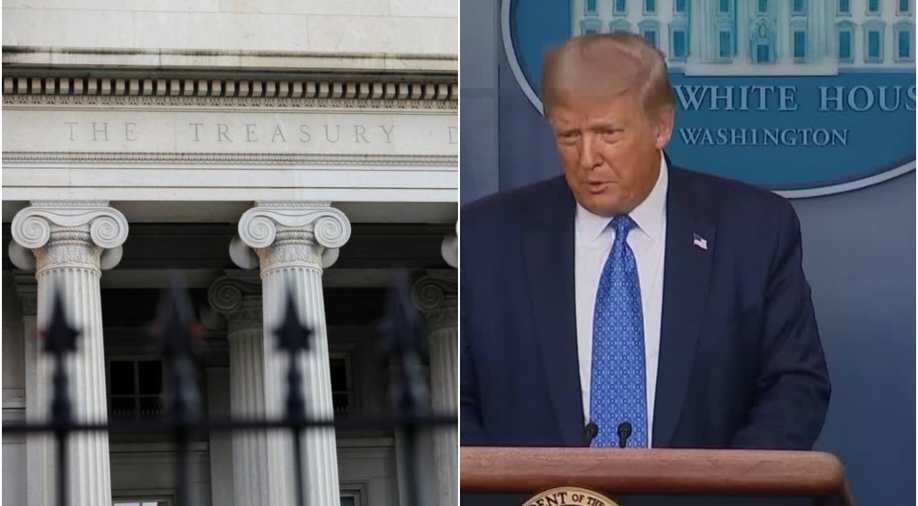 US Treasury and Trump at WH Photograph:( WION )

Several global banks moved large sums of allegedly illicit funds -- to the tune of $2tn -- over a period of nearly two decades, despite red flags about the origins of the money, several media reports said on Monday (IST) | READ MORE

A woman suspected of sending a letter containing the poison ricin to US President Donald Trump has been arrested, a US law enforcement official said | READ MORE

Democratic presidential candidate Joe Biden ramped up pressure on the incumbent US president, Donald Trump, to not push for a Supreme Court nominee before the presidential election in November | READ MORE

Torrential rains caused the flash floods in the Southern region of France. After which, red alert issued as torrential rain continues. One person has been reported missing, meanwhile several others have been evacuated | WATCH