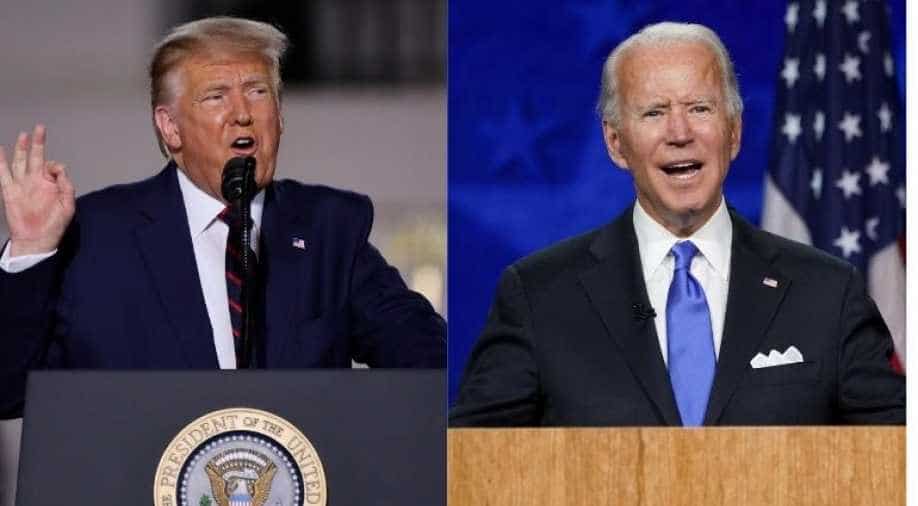 Biden was speaking on Sunday, the day a second Senate Republican voiced objections to Trump's plan for a quick vote on a replacement to liberal Justice Ruth Bader Ginsburg, who died on Friday.

Democratic presidential candidate Joe Biden ramped up pressure on the incumbent US president, Donald Trump, to not push for a Supreme Court nominee before the presidential election in November.

Biden was speaking on Sunday, the day a second Senate Republican voiced objections to Trump's plan for a quick vote on a replacement to liberal Justice Ruth Bader Ginsburg, who died on Friday.

Biden urged Senate Republicans to not vote on any candidate nominated to the US Supreme Court as the election nears, calling Trump's plan an "exercise of raw political power."

Such an appointment by the president, if approved by the Senate, would cement a 6-3 conservative majority that could influence American law and life for decades.

"Voters of this country should be heard ... they're the ones who this Constitution envisions should decide who has the power to make this appointment," Biden, who leads Trump in national opinion polls, said in Philadelphia. "To jam this nomination through the Senate is just an exercise of raw political power."

Biden said that if he wins the November 3 election, he should have the chance to nominate the next Supreme Court justice.

The former vice president rejected the idea of releasing the names of potential nominees, saying that doing so, as Trump did, could improperly influence those candidates' decisions in their current court roles as well as subject them to "unrelenting political attacks."

He reiterated his pledge to nominate an African-American woman to the court, which would be a historic first, if he has the opportunity.

Earlier on Sunday, Senator Lisa Murkowski of Alaska said she did not support Trump's plan to move fast on filling the seat, becoming the second of the 53 Republicans in the 100-seat chamber to object publicly following Ginsburg's death.

On Saturday, Republican Senator Susan Collins of Maine said the presidential election winner should pick the nominee. She is locked in a tight re-election battle, while Murkowski's current term extends two more years.

Senator Lamar Alexander, another moderate Republican, said in a statement he did not object to a vote, adding: "No one should be surprised that a Republican Senate majority would vote on a Republican president’s Supreme Court nomination, even during a presidential election year."

Democrats noted that in 2016 Republican Senate Majority Leader Mitch McConnell blocked a vote on a Democratic appointee on the grounds that the vacancy should be filled by the next president.

Senate Democratic leader Chuck Schumer did not rule out that his party might move in future to end the filibuster, a procedural tactic under which the support of 60 members is required to move to a vote on legislation, if the Republicans went ahead with the nomination.

Trump said on Saturday he would make his nomination this week and named Amy Coney Barrett of the Chicago-based 7th US Circuit Court of Appeals and Barbara Lagoa of the Atlanta-based 11th Circuit as possible candidates to fill the vacancy created by Ginsburg, a revered figure among liberals.

Ginsburg's death upended the November election campaign, energizing both Trump's conservative base - eager to see the court overturn the 1973 Roe v. Wade decision that legalised abortion nationwide - and presenting new complications in the battle for control of the US Senate.

Trump has already appointed two justices: Neil Gorsuch in 2017 and Brett Kavanaugh in 2018. Kavanaugh was narrowly confirmed after a heated confirmation process in which he angrily denied accusations by a California university professor, Christine Blasey Ford, that he had sexually assaulted her in 1982 when the two were high school students in Maryland.