More than half of Chinese adults are now overweight, study says 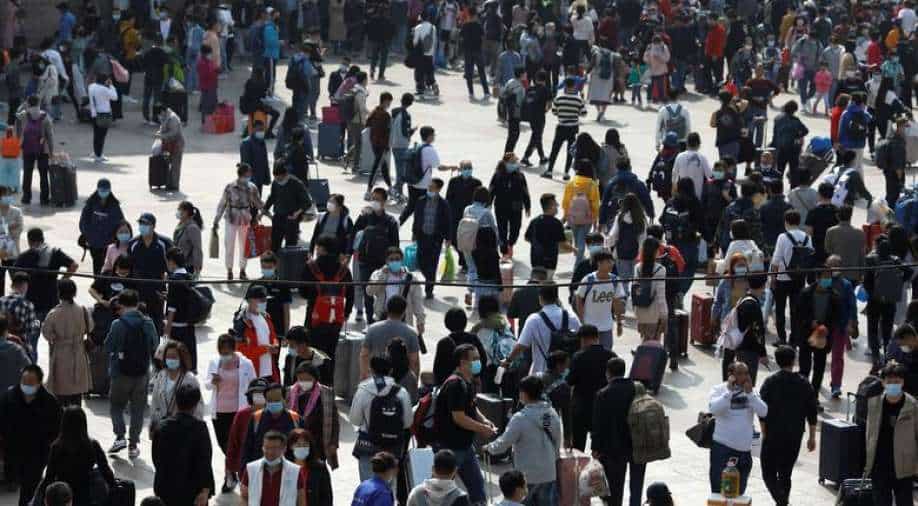 The figures have seen a huge jump since 2002, when 29 per cent of adults were overweight.

More than half of adults in China -- which means over half a billion people -- are now overweight, an official report has found.

The figures have seen a huge jump since 2002, when 29 per cent of adults were overweight.

The issue of obesity has come under renewed focus in China during the coronavirus pandemic as studies showed that overweight or obese individuals are more likely to suffer severe complications or death from Covid-19.

Also, a higher body mass increases the risk for a number of diseases including heart disease, stroke and diabetes.

The National Health Commission report, released on Wednesday, found that more than 50 per cent of adults are classified as overweight, of whom 16.4 per cent are obese.

The report blamed decreasing levels of physical activity for the trend, with less than a quarter of the adult population exercising at least once a week.

A growing appetite for meat and a low consumption of fruit were also identified as factors behind the rise.

"The overweight and obesity rates in China have been climbing fast, with a high prevalence and affecting all groups in the population. This brings enormous challenges," said Zhao Wenhua, chief nutritionist at the Chinese Center for Disease Control and Prevention.

China is not the only country to have seen an increase in the number of overweight or obese people in recent years.

Earlier this year, the World Health Organisation (WHO) reported that levels of obesity across the world had tripled since 1975, including in low and middle-income countries. And at least 4 million people die each year as a result of being overweight or obese.

Almost 40 per cent of adults were overweight in 2016 and around 13 per cent were obese, according to the WHO's own estimates.