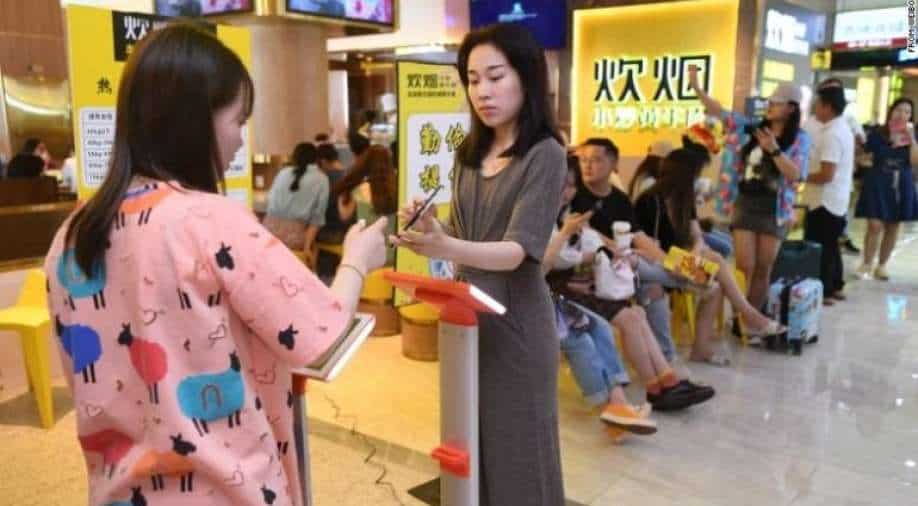 Customers weigh themselves in the popular Hunan restaurant chain, in the city of Changsha Photograph:( Twitter )

Xi Jinping's battle on waste is set to be cherished in law, with the accommodation of draft enactment to China's most elevated legitimate council suggesting enormous fines for organizations that empower or advance squandering food.

In August the Chinese leader said the measure of food squandered broadly was stunning and troubling, pronouncing in a discourse that: "squander is dishonorable and frugality is noteworthy".

Under the mission "Activity void plate", neighborhood specialists immediately set out on projects to diminish squander and urge food sources to restrict requests to one less dish than the quantity of cafes in a gathering. The famous wonder of mukbang recordings – performative eating recordings which began in Korea and frequently include extreme gorging – were additionally prohibited.

It additionally would permit eateries to charge supporters for unnecessary measures of extras.

The draft law likewise specified possible fines for a telecaster – radio, TV, or on the web – which produces distributes or disperses the advancement of food squander, including indulging. Neglecting to regard a conventional admonition by government specialists could bring about punishments of up to 100,000 yuan, and the suspension of business "for correction".

A report by the China Academy of Science found that in 2015 occupants in large urban communities, including Beijing and Shanghai, squandered 17 to 18 million tons of food, or enough to take care of 30 to 50 million individuals.

A fourth of the waste was staple nourishments like rice and noodles, and about 18 per cent of its meat, the report said.

China depends vigorously on imports for its food security, especially when catastrophic events like flooding influence homegrown creation and costs.

On Chinese online media, some named the proposed law pointless excess and said it was "obliging the authority".

"As a business, who might rebuff its own clients?," said one individual in Weibo who called the draft "hopeful".

"Rather than this sort of charge, it is smarter to control the norm of the measure of nourishment for foodservice, expecting foodservice to give medium and little parts."

Others stressed that the law would incite eateries to give more modest suppers at more exorbitant costs, or considered what it would mean if a supporter had a little hunger or simply didn't care for their feast.

"I will focus on the segment when requesting, and I will pack the extras," said one individual. "In any case, in some cases, the facts confirm that the food can't be gulped on the grounds that the food is unpalatable. I trust that the administrative arrangements can consider."

Shanghai authorities are requesting that inhabitants report food-squandering practices. Food industry managers are asking coffee shops to arrange at any rate one less dish than the quantity of individuals in their gathering. What's more, one café in southern Hunan territory even requested that burger joints gauge themselves prior to entering, to assist them with picking suitable suppers.

In the same way as other nations around the globe, China has a gigantic issue with food squander. In 2015, the nation threw enough to take care of at any rate 30 to 50 million individuals - the populaces of Australia and New Zealand joined, or the territory of Texas - for a whole year, as indicated by Chinese state media