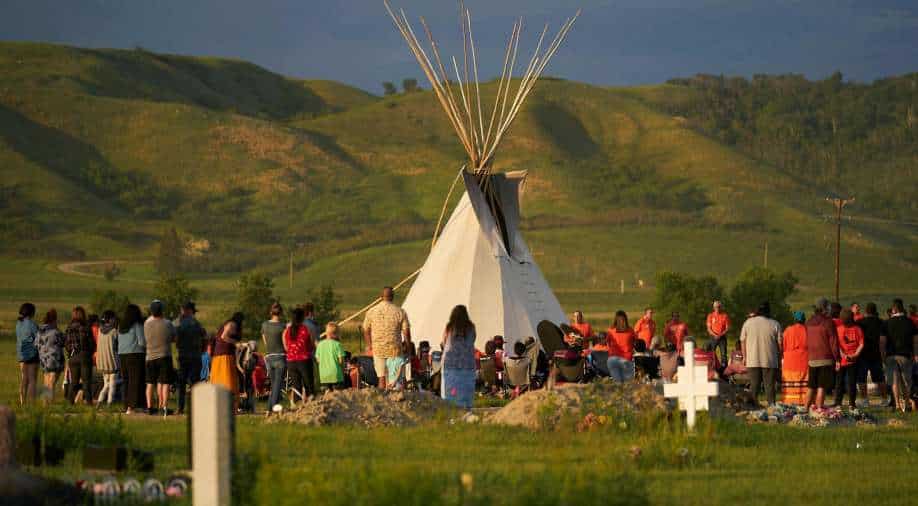 Thousands of Indigenous children were said to have attended St. Joseph's Mission between 1886 and 1981 when it operated as a residential school run by various religious sects

A year since the discovery of the remains of hundreds of Indigenous children that exposed Canada’s history of “cultural genocide”, more than 90 “potential” graves are said to have been unearthed at a former residential school in the western province of British Columbia.

The Williams Lake First Nation— a community of around 800 Indigenous people—on Tuesday said that the preliminary results of the first phase of a geophysical search at St Joseph Mission Residential School unearthed 93 “reflections” with characteristics “indicative of potential human burials”.

Thousands of Indigenous children were said to have attended St. Joseph's Mission between 1886 and 1981 when it operated as a residential school run by various religious sects as part of a Canadian government system, according to WLFN.

“There is much more work to do on the St. Joseph's site, and we have every intention of continuing with this work,” WLFN Chief Willie Sellars said in a statement.

In early January, the Ottawa administration had announced $1.9 million Canadian dollars (US $1.5 million) in funding for the investigation at St. Joseph's mission.

“To date, $116.8 million has been committed to support First Nation, Inuit and Metis Survivors, their families and communities and go toward locating and commemorating missing children who attended residential schools,” the government said in a statement at the time.

Numerous investigations into former residential schools are underway across the country, with between 4,000 and 6,000 children believed to be missing, according to authorities.

In total, about 150,000 Indigenous children were enrolled from the late 1800s to the 1990s in 139 of the residential schools across Canada, spending months or years isolated from their families, language and culture.

The policy traumatised generations of Indigenous children, who were forced to abandon their native languages, speak English or French and convert to Christianity.

Christian churches were essential in the founding and operation of the schools. The Roman Catholic Church in particular was responsible for operating up to 70 per cent of residential schools, according to the Indian Residential School Survivors Society.