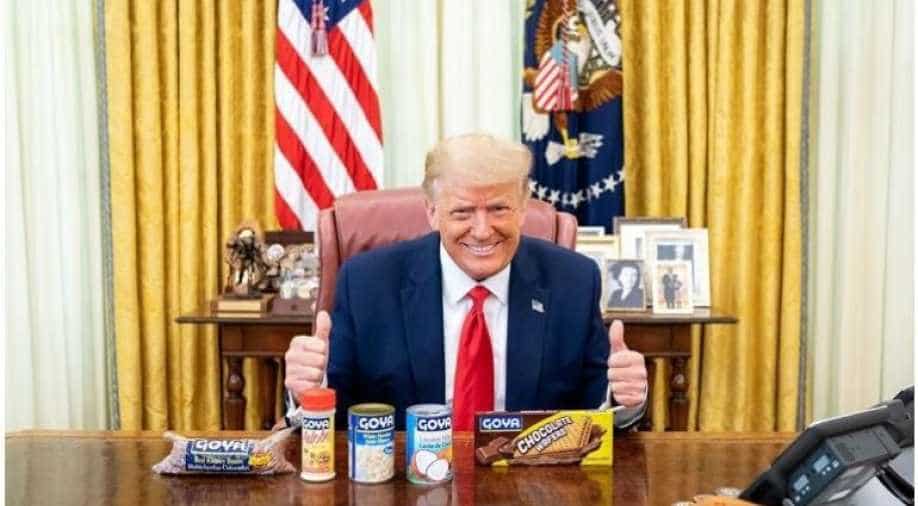 The US elections are in full swing and people have come out in large numbers to choose their next president from the Democratic nominee Joe Biden and the current President Donald Trump who is representing the Republican Party. The minority communities are playing a huge role in the elections this year, especially due to the Black Lives Matter movement which negatively affected Trump's campaign.

However, the Latino community has come out in a larger number this year to support the President, who has often been labelled as 'racist' by his opponents and Americans who want to "vote him out".  An exit poll by the American organisation CNN International, Trump managed to gain 2 in 5 votes among the community in the state of Florida, which is an increase of nearly 35 per cent in 2016.

US election 2020 result LIVE updates: Biden set to win NY as polls close in more than a dozen states

This figure has come as a shock to the Democratic party as their 2016 candidate Hillary Clinton had managed to secure a 62 per cent support by the Latino community in the state. Joe Biden, however, has not been able to manage to win support from the community.

Biden, however, has been able to gain support from seniors and independents in the Sunshine State — a voter bank that has not supported Trump this election. Biden has captured nearly half of the voters under the age of 65 and older, which is higher than what the previous Democratic candidate was able to secure, i.e. 40 per cent. More than half of independents, too, have chosen to support Biden instead of trump, which is again a massive increase from the 43 per cent supporters from the 2016 elections.

Interestingly, Biden also did not get a lot of support from the Latino community in the states of Georgia and Ohio — two of the key states for this year's elections.

The decrease in support for Biden has come after Trump went out of his way to show support for the Latino local brands and community this year during his election campaigns. The poll also revealed that the decrease in support for the Democrats this year in the Latino community is mainly as they fear the former vice President will close down the economy to contain the spread of the novel coronavirus if elected. The community is worried about a sharp decline in the economy and the negative effect it will have on their daily household expenses.

Due to the ongoing coronavirus pandemic, the US citizens have had to face major economic losses as many of them have been laid off and businesses have had to shut down which has left many homes without a stable daily wage.

The results will be soon be clear, but on ething that is getting quite evident from the early polls is that the Latino community, this year in Florida, has decided to choose Trump's economy over Biden's coronavirus relief plan.