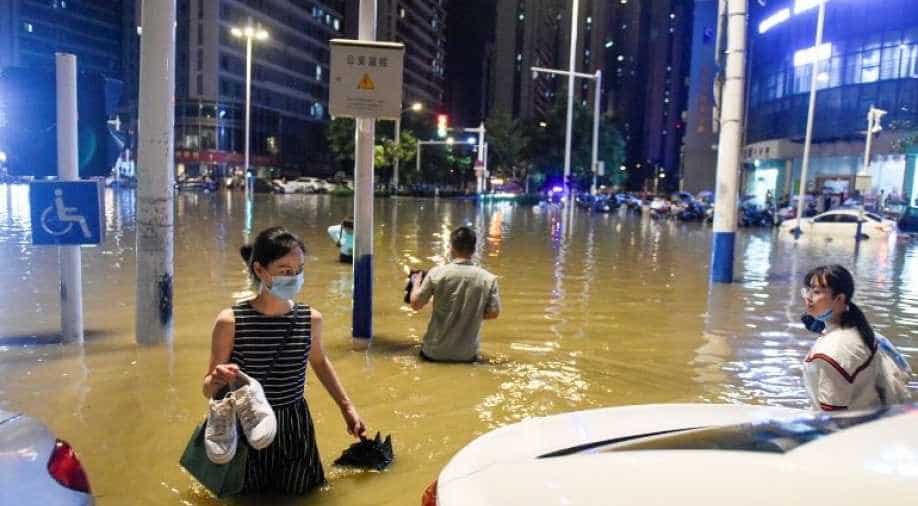 Nearly 14 million people in 26 different provinces had been affected by storms and floods by Friday, with 744,000 evacuated, the China Daily reported, citing the Ministry for Emergency Management. The ministry said 78 people have been confirmed dead or missing, with direct economic losses at 27.8 billion yuan ($3.93 billion).

Much of the damage has hit southwestern regions like Guangxi and Sichuan, and the municipality of Chongqing on the upper reaches of the Yangtze river last week experienced its worst floods since 1940.

But central and eastern regions are set to bear the brunt this week, with some facing 30mm to 50mm (1.2 inches to 2 inches) of rain per hour by Wednesday, the state meteorological bureau said.

You might also like: After US, China to impose visa restrictions against Americans over Hong Kong row

Regions along the banks of the Yangtze and its tributaries are traditionally vulnerable to flooding in China's summer, with the impact of heavy rainfall worsened by deforestation, dwindling flood plains and the diversion of natural river systems for hydropower and irrigation.

Rainfall has also been heavier than usual, with water volumes in 148 rivers already reaching emergency levels by mid-June. Local authorities are under instruction to pay attention to potential dam and reservoir collapses.

You might also like: China puts half a million people in lockdown as Beijing fights new cluster of coronavirus cases

Some Yangtze tributaries have already experienced their worst floods ever, including the Xiaojinchuan in Sichuan province. The water resources ministry warned last week that other smaller rivers could be "stricken by major floods" and lakes are also under close scrutiny.

Authorities have promised to minimise flood damage in the city of Wuhan as it struggles to recover from the coronavirus outbreak.

Wuhan, which lies on the Yangtze, was hit by China's last major floods in 1998, which killed more than 3,000 people and left 14 million homeless.