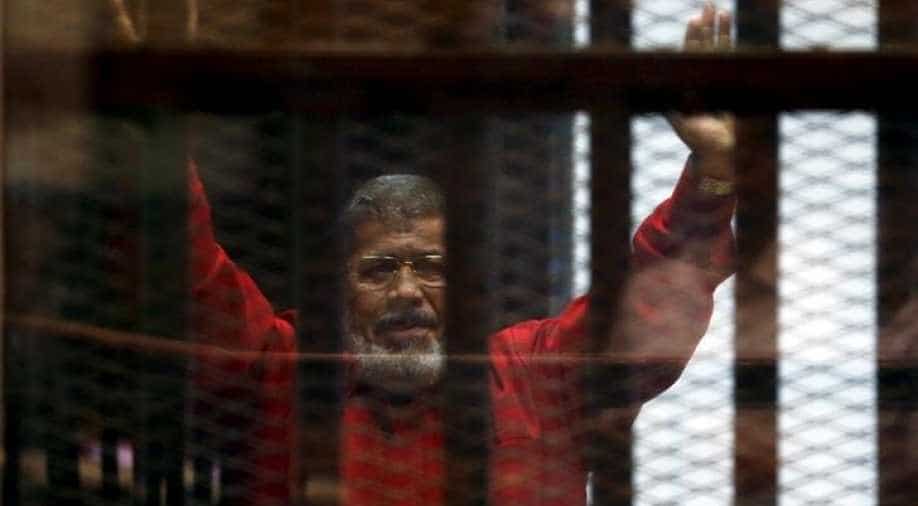 The Muslim Brotherhood accused Egyptian authorities of being responsible for Mohamed Morsi's "deliberate slow death" after the former Islamist president died after falling ill in a Cairo court on Monday.

The Egyptian authorities "put him in solitary confinement... They withheld medication and gave him disgusting food... They did not give him the most basic human rights," the Brotherhood's Freedom and Justice political party said in a statement published on its website.

Mohamed Morsi, who died Monday aged 67, was Egypt's first democratically elected president but spent just one turbulent year in office after the 2011 uprising before the army toppled him.

Watch: The life and times of Mohamed Morsi

The Islamist's overthrow was followed by a brutal crackdown that killed hundreds of supporters of his Muslim Brotherhood movement and dealt a major blow to political Islam.

Morsi was sentenced to death in May 2015 for his role in jailbreaks during the uprising that ousted his predecessor, longtime autocrat Hosni Mubarak. But this was overturned in 2016.

Morsi was serving a 20-year prison sentence for a conviction arising from the killing of protesters during demonstrations in 2012, and a life sentence for espionage in a case related to the Gulf state of Qatar. He had denied the charges.

State television said Morsi, who was 67, was in court for a hearing on charges of espionage emanating from suspected contacts with the Palestinian Islamist group Hamas.