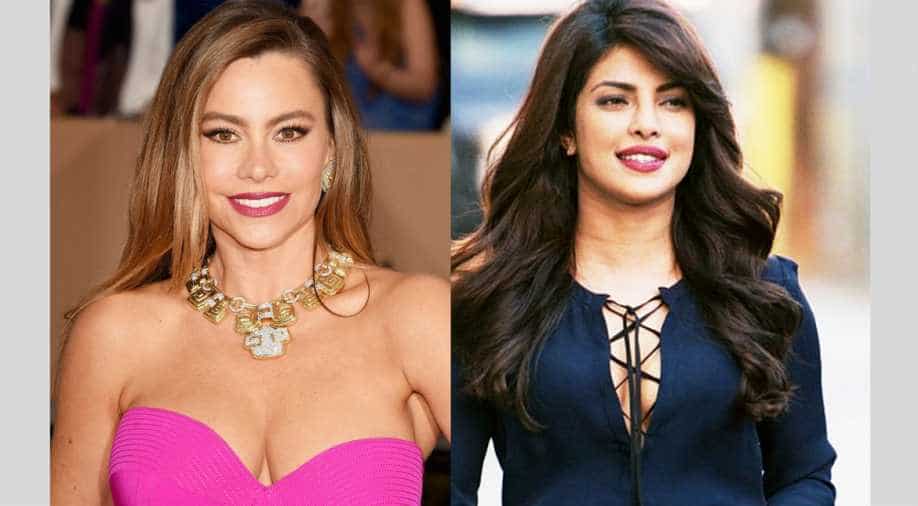 Sofia Vergara (left) topped the list for the sixth consecutive time, while Priyanka Chopra (right) made an entry at 8th position. Photograph:( Twitter )

Sofia Vergara leads the list with earnings of over?$41.5 million

For the sixth consecutive time, "Modern Family's" star Sofia Vergara leads the list with earnings of over $41.5 million (Rs 271 crore).

It is said that Sofia's keen business acumen is to be credited for her earnings. Only a quarter of her total earnings come from the show. The bulk rest of the money is because of her endorsement deals from brands such as Head & Shoulders,  Pepsi and CoverGirl, and from focusing on licensing deals, which allow her a certain amount of control over her products.

Our very own "desi girl" Priyanka Chopra also makes it to the cut. She lands safely at eighth position with $10 million (Rs 65 crore).

Priyanka has made it to the list thanks to her ABC show "Quantico" that became a hit in 2016 and "Baywatch" in 2017. She also endorses a range of products and Forbes called Chopra “most consistent money-maker”.

Here’s the list of this year’s highest-paid TV actresses: