Military ties with Taiwan meant to promote peace across the strait: US 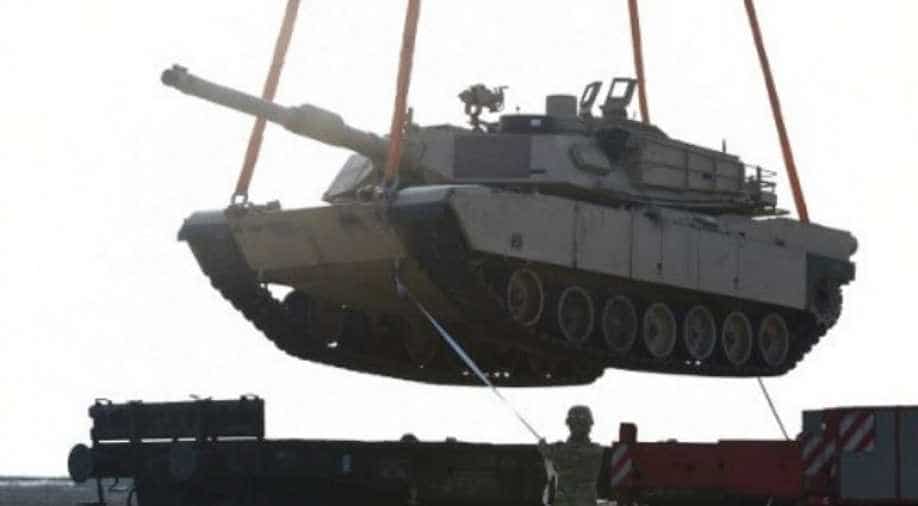 US' more than 15 billion dollars sale to Taiwan Photograph:( AFP )

The United States said Tuesday that its $2.2 billion arms sale to Taiwan will contribute to stability in Asia after China demanded that Washington cancel the order.

The State Department said the deal, which includes battle tanks and anti-aircraft missiles, did not change US recognition of Beijing as China's sole government.

"Our interest in Taiwan, especially as it relates to these military sales, is to promote peace and stability across the strait, across the region," State Department spokeswoman Morgan Ortagus told reporters.

"So there is no change of course in our long-standing one-China policy," she said.

"I don't see our notification here as anything other than complying with the Taiwan Relations Act," she said, referring to the law passed by Congress in 1979 that requires the United States to ensure that the island has the means to defend itself.

It was the biggest US arms sale in years to the self-governing democracy, where China's defeated nationalists fled in 1949 and which Beijing considers a province awaiting reunification.

China said it lodged a complaint through diplomatic channels expressing "strong dissatisfaction and resolute opposition" to the sale.

The deal includes 108 M1A2T Abrams tanks, 250 Stinger portable anti-aircraft missiles, related equipment and support at an estimated cost of just over $2.2 billion, according to the Defense Security Cooperation Agency (DSCA).

China has significantly stepped up diplomatic and military pressure on Taipei since the election in 2016 of President Tsai Ing-wen, whose Democratic Progressive Party refuses to acknowledge that the island is part of "One China".