Sale of weapons to Taiwan violates one-China policy, cancel it immediately: China to US 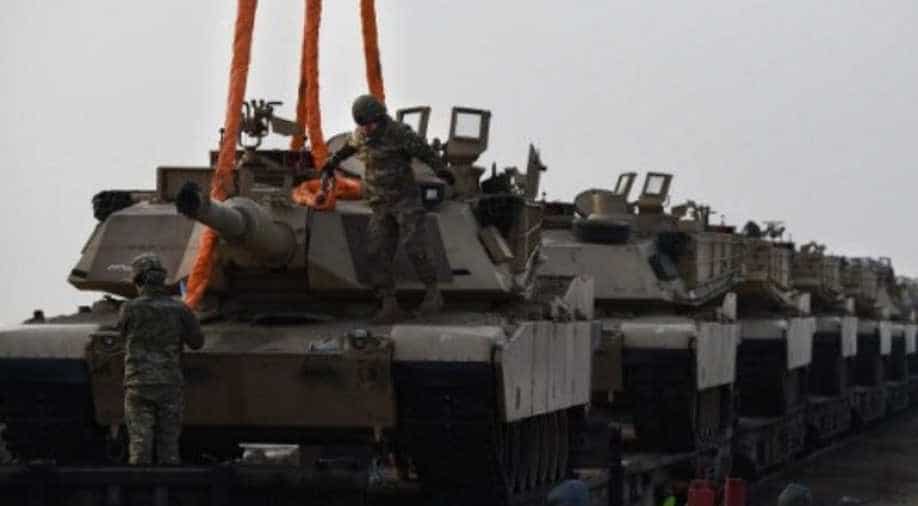 China urged Washington on Tuesday to "immediately cancel" the potential sale of $2.2 billion in weapons to Taiwan, including battle tanks and anti-aircraft missiles.

On Monday, the US State Department had approved the potential sale to Taiwan of $2.2 billion in arms, including battle tanks and anti-aircraft missiles.

The deal includes 108 M1A2T Abrams tanks, 250 Stinger portable anti-aircraft missiles, related equipment and support at an estimated cost of just over $2.2 billion, according to the Defense Security Cooperation Agency (DSCA).

The proposed sale "will contribute to the modernization of the recipient's main battle tank fleet", improve its air defence system and "support the foreign policy and national security of the United States by helping to improve the security and defensive capability (of Taiwan)," DSCA said.

Beijing had earlier made clear its opposition to the possible sale earlier this month, stressing the "extremely sensitive and damaging nature" of arms sales to Taiwan.

China has significantly stepped up diplomatic and military pressure on Taipei since the election in 2016 of President Tsai Ing-wen, whose Democratic Progressive Party refuses to acknowledge that the island is part of "One China".

It has staged military exercises near the island, and steadily reduced the already small number of nations that recognize Taiwan.

The United States switched diplomatic recognition from Taiwan to China in 1979, but has remained an important ally - and arms supplier - to Taipei. Laws passed that year by Congress required Washington to provide the island with means of self-defence.