Mike Pompeo takes on Biden in his CPAC speech 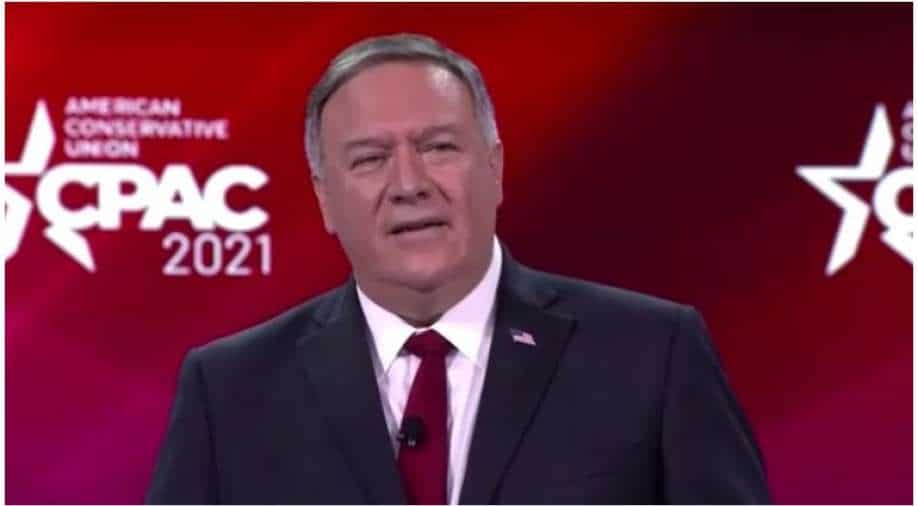 Former US Secretary of State Mike Pompeo took on US President Donald Trump as he delivered speech at Conservative Political Action Conference (CPAC). He was among the prominent Trump loyalists to speak at the conference being held in Orlando, Florida.

Pompeo is considered to be one of the staunchest allies of President Donald Trump. During his presidency, Trump appointed and fired many of his colleagues in the government, but Pompeo was seen to be a stable presence.

House Minority Leader Kevin McCarthy also appeared on Saturday and told the gathering that the Republicans will surely win back the House in the 2022 mid-term elections.

"I would bet my house," he said during a short panel.

Trump is expected to talk on Sunday about the future of the party and lay out policy differences within a group riven by differences in the wake of his chaotic four years in office.

Many other senior Republicans did not attend this year's event. They included former Vice President Mike Pence and Senate Minority Leader Mitch McConnell.

Some advisers say they want Trump not to use his speech to re-litigate the 2020 election at length but instead offer a road map to Republicans' regaining control of the House of Representatives and the Senate in the 2022 congressional elections.

CPAC is an event organized by the American Conservative Union, whose chairman, Matt Schlapp, is close to Trump. It is a prime venue for speakers who want to gauge interest in whether they should run for president based on the enthusiasm they generate.