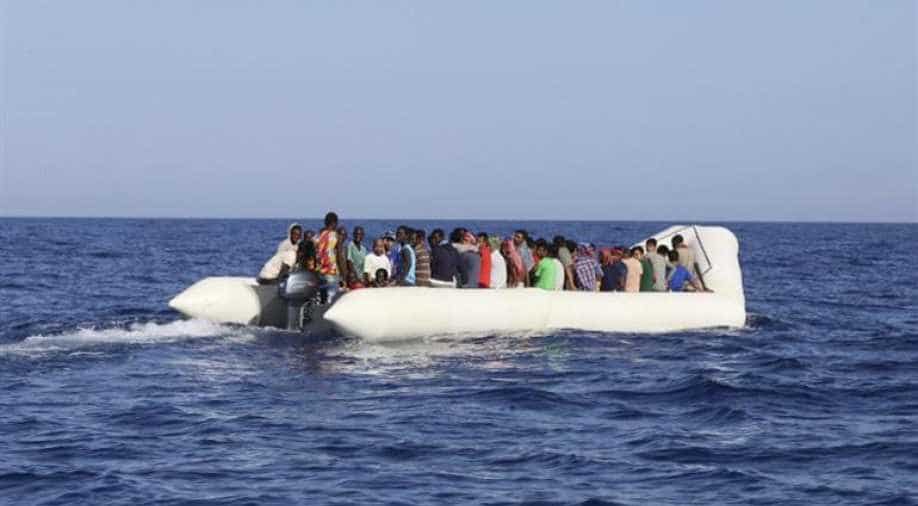 More than 1,000 refugees and migrants perished in the dangerous sea crossing in 2015 and 2016. (Representative image) Photograph:( Zee News Network )

Mediterranea's Italian-flagged Alex arrived in port where a strong police presence was waiting for them but everyone remained on board after spending two days with the rescued migrants and asylum-seekers on the sailboat.

A charity rescue vessel on Saturday brought 41 shipwrecked migrants into port in Lampedusa, the second boat to defy far-right Interior Minister Matteo Salvini's bid to close Italian ports to them.

Mediterranea's Italian-flagged Alex arrived in port where a strong police presence was waiting for them but everyone remained on board after spending two days with the rescued migrants and asylum-seekers on the sailboat.

"In view of the intolerable hygiene conditions aboard, the Alex has declared a state of emergency and is sailing towards Lampedusa, the only possible safe port for landing." Mediterranea said in a tweet earlier.

Italian populist Salvini last month issued a decree that would bring fines of up to 50,000 euros ($57,000) for the captain, owner and operator of a vessel "entering Italian territorial waters without authorisation".

Salvini tweeted after the Alex docked that the charity workers were "jackals... will they go unpunished also?"

"Law enforcement forces are ready to intervene... in a normal country there would be immediate arrests and the boat would be impounded," Salvini said in another tweet.

Authorities on Lampedusa last week seized another rescue ship belonging to German aid group Sea-Watch after it forced its way into port with dozens of rescued migrants on board and arrested its captain, Carola Rackete.

An Italian judge this week ordered her freed as she had been acting to save lives, a decision which sparked Salvini's ire but may have encouraged the Alex crew.

Two other investigations, on charges of helping people smugglers and resisting the authorities are still underway after Rackete forced her way past Italian customs vessels.