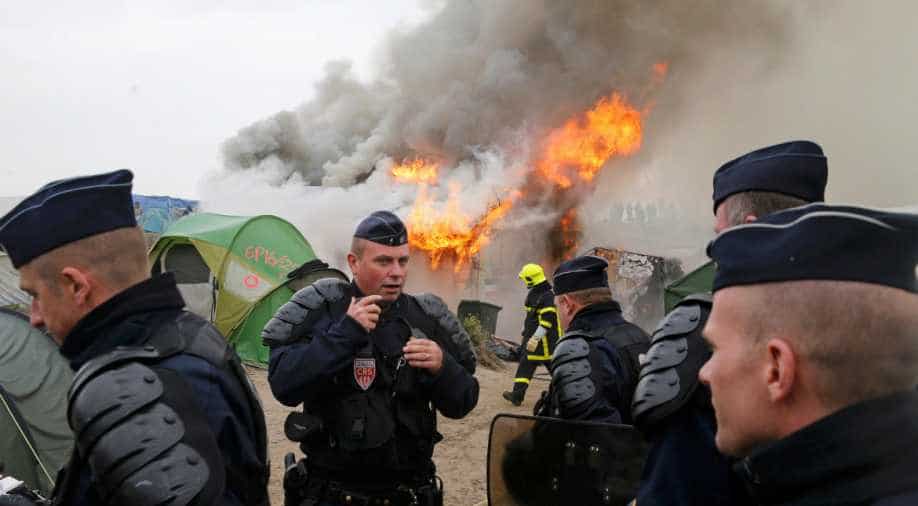 "Around 300 migrants, six of them considered a threat to national security, have been arrested," Prime Minister Boyko Borissov told BNR public radio after visiting the camp in early hours of Friday.

He added that 24 police officers and two migrants had been injured and that the situation had been brought under control.

Angry migrants, mostly Afghans, set car tyres on fire and threw stones at around 250 police officers, members of the gendarmerie and firefighters at the Harmanli reception centre near the Turkish border earlier Thursday to protest a recently imposed ban on migrants leaving the centre pending medical checks.

Local police chief Nina Nikolova told AFP earlier Thursday that the situation was under control and that the migrants were in talks with the state refugee agency.

But tensions flared up again in the evening when police had to use two water cannons to push the rioting group of migrants back into the buildings and prevent them from leaving the camp.

The centre, which houses just over 3,000 migrants, was the scene of another protest in October when several hundred Afghans demanded they be allowed to continue their journey towards western Europe.

With a fence along the Turkish border, Bulgaria has largely remained on the sidelines of Europe's worst migration crisis since 1945.

Nonetheless around 13,000 migrants, mostly from Afghanistan, are currently trapped in the European Union's poorest country.

Although the so-called Balkan migrant trail was effectively shut down in March, migrants have continued to cross the region in smaller numbers.

Tensions have been rising particularly in Greece where tens of thousands of people remain stranded.

Migrants set fire to a camp on the Greek island of Lesbos Thursday after a woman and a six-year-old child died following a gas cylinder explosion, local police said.

The explosion occurred while the 66-year-old woman was cooking, police said, adding that the child's mother and four-year-old sibling were hospitalised with serious injuries.

In an apparent act of rage, migrants then set fire to the Moria camp on Lesbos, causing significant damage, police said.