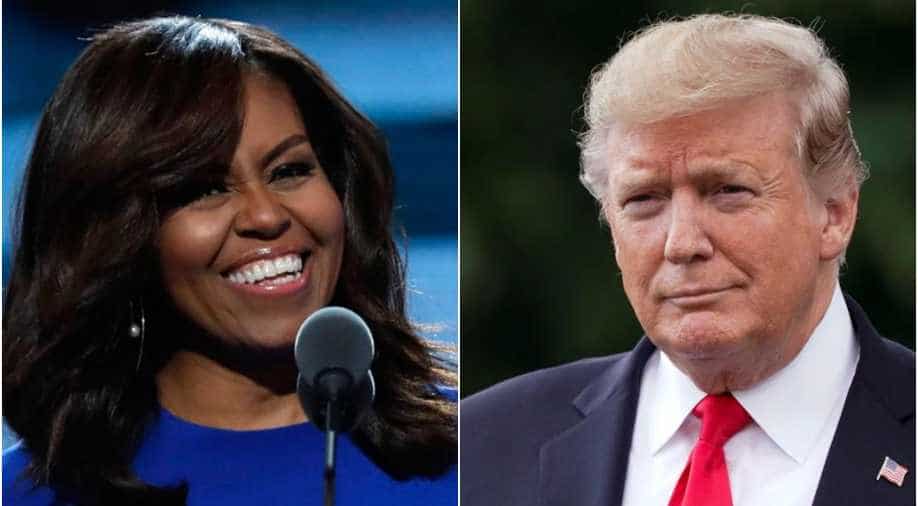 Former First lady Michelle Obama has slammed Donald Trump for his refusal of moving forward with a transition of power.

Reflecting upon where she was four years ago and the difficult process of ceding power to the Republican in an Instagram post, Michelle said "I was hurt and disappointed but the votes had been counted and Donald Trump had won."

Taking a jibe at Trump for his unsubstantiated claims of victory in the US election 2020 and his refusal for vacating his seat, she said "Our democracy is so much bigger than anybody’s ego.”

In a heartfelt post, she said "I have to be honest and say that none of this was easy for me. Donald Trump had spread racist lies about my husband that had put my family in danger. That wasn’t something I was ready to forgive. But I knew that, for the sake of our country, I had to find the strength and maturity to put my anger aside."

Obama added that she and afterward President Barack Obama had welcomed Trump staff to their workplaces and their staff individuals had given definite notices and understanding from their encounters.

The official progress measure has not formally begun in light of the fact that Trump has unjustifiably would not acknowledge President-elect Joe Biden's triumph. The proper progress is probably going to stay on hold until the political decision is ensured by a Trump nominee inside the General Services Administration in a cycle known as ascertainment.

Obama said in her post that it took "quality and development to set my outrage aside." In doing such, she continued to welcome Melania Trump to the White House.

Obama said she addressed Trump's inquiries concerning "the elevated investigation that accompanies being a first woman to what exactly it resembles to bring kids up in the White House."

As per reports, Melania Trump has yet to invite first lady-elect, Jill Biden, to the White House to proceed with the convention.