MH370: Taking matters into own hands 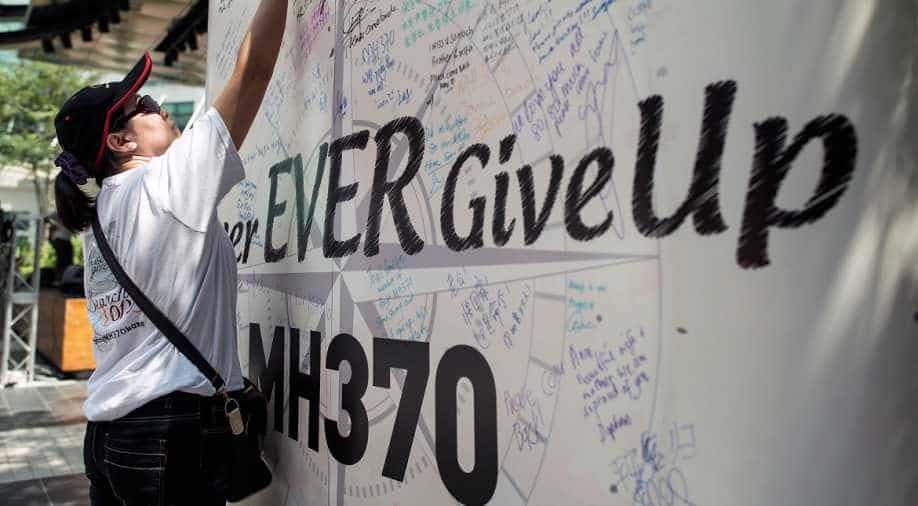 The search for the MH370 flight is expected to be suspended by the end of the year, when Australia-led team completes scouring 120,000-sq-km area. Photograph:( Getty )

Relatives of those aboard Malaysia Airlines Flight MH370 arrived in Madagascar on Saturday where they will be taking the search for the plane into their own hands to try to push governments to expand the search area along the east African coast.

Flight MH370, carrying 239 passengers and crew, disappeared on its way from Kuala Lumpur to Beijing on March 8, 2014, sparking a search in the southern Indian Ocean that entered its 1,000th day on Saturday (December 3).

Members of Voice 370, an MH370 next-of-kin support group, were speaking after arriving in the Indian Ocean island of Madagascar, where they hoped to scour the country's beaches for debris.

Group's spokesperson Grace Subathirai Nathan said she hoped the trip would help spur the Malaysian, Chinese and Australian governments to collect debris along the continental coast where parts from the aircraft had been found.

Nathan, whose mother was on the plane, was among four Malaysians, two Chinese nationals and a Frenchman who arrived in Madagascar on Saturday to hunt for debris and raise awareness of the plane among local communities and organisations.

Three pieces of debris found on the beaches of Mauritius, Tanzania and the French island of Reunion, have been confirmed to be from MH370. Investigators are examining several other pieces found in Mozambique and South Africa.

The search is expected to be suspended by the end of the year, when an Australian-led team completes its scouring of a 120,000-sq-km target area.