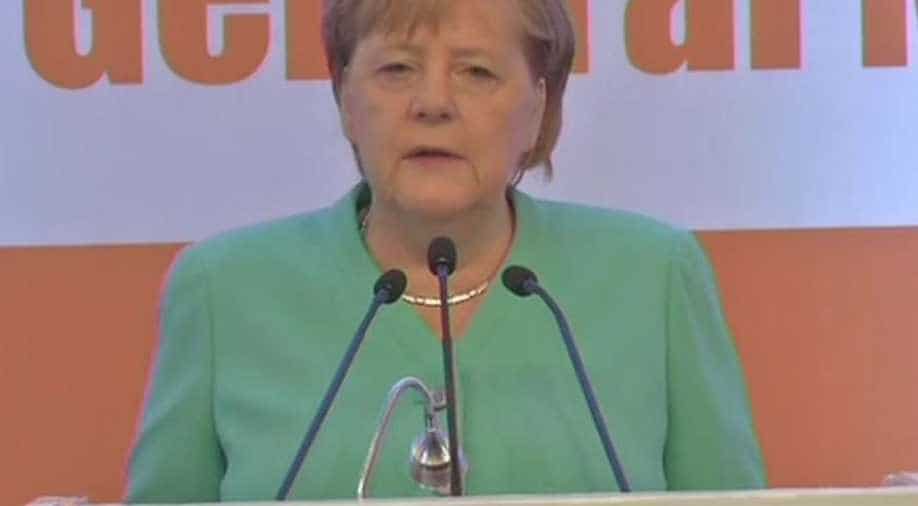 Kramp-Karrenbauer, widely known by her initials "AKK", has endured a rocky first year at the helm since taking over the party leadership from Merkel at last year's conference

Kramp-Karrenbauer, widely known by her initials "AKK", has endured a rocky first year at the helm since taking over the party leadership from Merkel at last year's conference.

The CDU lost votes to the Greens in May's EU election and to the far-right Alternative fuer Deutschland (AfD) in recent state polls in eastern Germany, while AKK's own reputation has suffered under a string of PR gaffes.

In April, she was widely condemned for an ill-judged joke about transgender bathrooms. A month later, she incurred the wrath of Youtubers with an attack on freedom of speech online.

"I don't know many people who are convinced by her leadership style," CDU regional politician Hans-Joern Arp told DPA news agency on Wednesday.

CDU MP Axel Fischer, meanwhile, told Main Post newspaper that there was "a desire for new heads" among the party membership.

One such new head could be 64-year-old lawyer Friedrich Merz, who narrowly lost out to Kramp-Karrenbauer in last year's leadership vote.

Having returned to the limelight with fierce criticism of Merkel's government in recent weeks, Merz is expected to respond to Kramp-Karrenbauer's conference speech in his role as a party delegate on Friday.

He remains the more popular choice among party members when it comes to who will run to succeed Merkel as chancellor at the next elections.

Traditionally a question which the CDU leadership decides behind closed doors with its Bavarian sister party CSU, there are now growing calls to involve the party base in the candidate selection process.

Ahead of the conference, six motions have been put forward on the introduction of a members' vote or internal primaries.

However, an outright coup attempt against AKK by Merz's supporters remains unlikely according to Hans Vorlaender, a political scientist at Dresden's Technical University.

"It is much too early for the CDU to make personnel decisions," he told AFP, claiming that the party needed more time to prepare for life after Merkel, who is set to step down in 2021 after 16 years at the helm.

Yet personnel problems are not the only thing unsettling Germany's ruling party and its leader.

Kramp-Karrenbauer has also been accused of failing to give her party a clear political profile.

In a controversial letter published by German media last week, the CDU's state parliament leader in Baden-Wuerttemberg, Wolfgang Reinhart, said the party was "insolvent" in terms of the policy.

"The CDU has no antennae and no agenda for the big questions of our age," he wrote, condemning what he called the "radical pragmatism" of recent years.

Reinhart's comments reflected wider frustrations over the unpopular governing coalition between the CDU, the Bavarian CSU and the social-democratic SPD.

A recent compromise with the SPD over pension reform enraged conservative Christian Democrats, just a week after Merz described the government as "abysmal".

Party delegates are expected to vent their frustrations this weekend with a vote urging the government to exclude Chinese technology firm Huawei from the construction of a new 5G mobile network in Germany.

Such a vote would be a direct rebuke to Merkel's government, which has stood firm against an outright ban of Huawei despite accusations that the company spies on behalf of the Chinese government -- something the company denies.

For Kramp-Karrenbauer, the divide between party and government has become even more problematic since she joined the cabinet as defence minister in July.

Yet the CDU leader insisted on Thursday that she was looking forward to the party conference in Leipzig.

"There will be controversial debates," she said.

"The conference is exactly the right place to have them."