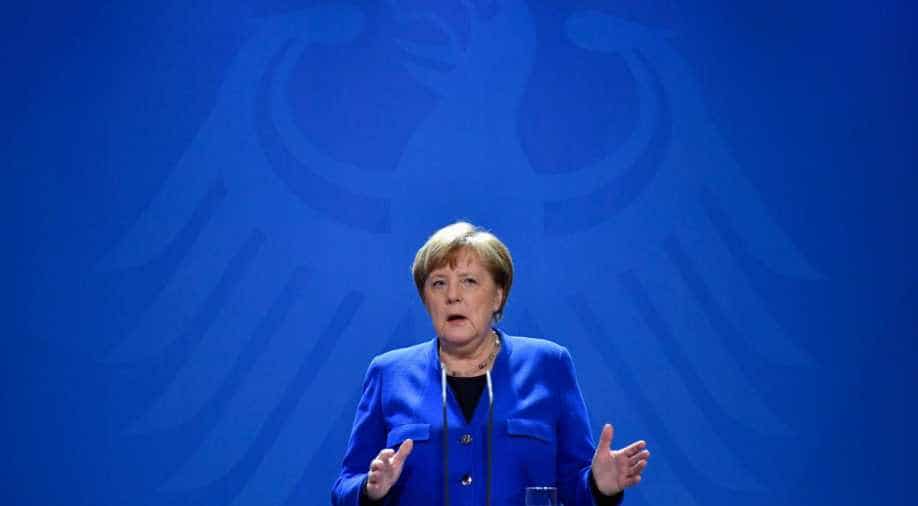 After months of standstill because of the coronavirus, the two sides resumed negotiations this week on how to define Britain's future economic ties with the bloc, but the tone has hardened in both camps.

The European Union must prepare for the possibility that talks with Britain on their post-Brexit relationship could fail, Chancellor Angela Merkel warned Wednesday as Germany took the helm of the bloc's rotating presidency.

After months of standstill because of the coronavirus, the two sides resumed negotiations this week on how to define Britain's future economic ties with the bloc, but the tone has hardened in both camps.

"I will keep pushing for a good solution, but the EU and Germany too must and should prepare for the case that an agreement is not reached," Merkel told German lawmakers in Berlin.

The veteran leader was speaking on the first day of Germany's six-month EU presidency, set to be dominated by the coronavirus pandemic and its economic fallout.

But Britain's divorce will loom large too, since London and Brussels only have until the end of December to clinch a new agreement or end their half-century relationship without specific plans for how they plan to trade or coexist in other fields.

Without a deal, ties would be reduced to minimum standards set by the World Trade Organization with high tariffs and serious disruptions to business.

Merkel already warned last week that Britain would "have to live with the consequences" of weaker trade ties with the EU in a no-deal outcome.

Germany has set itself an ambitious agenda for the EU presidency, which observers say may be the last chance for outgoing chancellor Merkel to shape her European legacy.

Her main goal is to push through a massive economic recovery plan to help the 27-member club cope with its steepest recession since World War II, triggered by a pandemic that has so far killed more than 500,000 people worldwide.

"We are living in very serious times and need to react accordingly," Merkel told German MPs.

The chancellor, who has just over a year left in her final term, has thrown her political weight behind the proposed 750-billion-euro ($843-billion) recovery fund.

The fund would controversially be financed through shared EU borrowing, in a stunning U-turn for Germany after years of opposition to debt pooling.

The first big test of Germany's EU custodianship will come at a July 17-18 EU summit, where Merkel hopes leaders will reach an agreement on the recovery fund.

The money is expected to come mainly in the form of grants for countries hit hardest by the pandemic, such as debt-laden Italy and Spain.

But so-called frugal nations including Austria and the Netherlands want to rein in the spending and are insisting on loans rather than grants.

Merkel has urged holdout nations to show unprecedented solidarity with hard-hit neighbours, warning that an uneven recovery could undermine the EU single market and end up harming stronger economies too.

But "member states' positions are still very far apart" on the matter, she admitted.

If accepted, the rescue fund would be a milestone for EU unity.

It would also be a big win for Berlin, and could ease some of the lingering resentment from the eurozone debt crisis a decade ago when Merkel's government insisted on harsh austerity for struggling nations like Greece.

Merkel has stressed the need for the bloc to prepare for the post-pandemic future, including through a more unified approach to health issues and by investing in climate-friendly projects.

Environmental demonstrators gathered outside the chancellery Wednesday with bags of fake euro banknotes to demand that any coronavirus stimulus be spent on "a green and just future".

He also said Germany would use its EU presidency to push for "more robust" supply chains within the EU after the virus outbreak left member states scrambling to secure protective gear mainly made in China.

Berlin would fight to make progress "as quickly as possible" on a EU-China investment agreement aimed at levelling the playing field, he said.