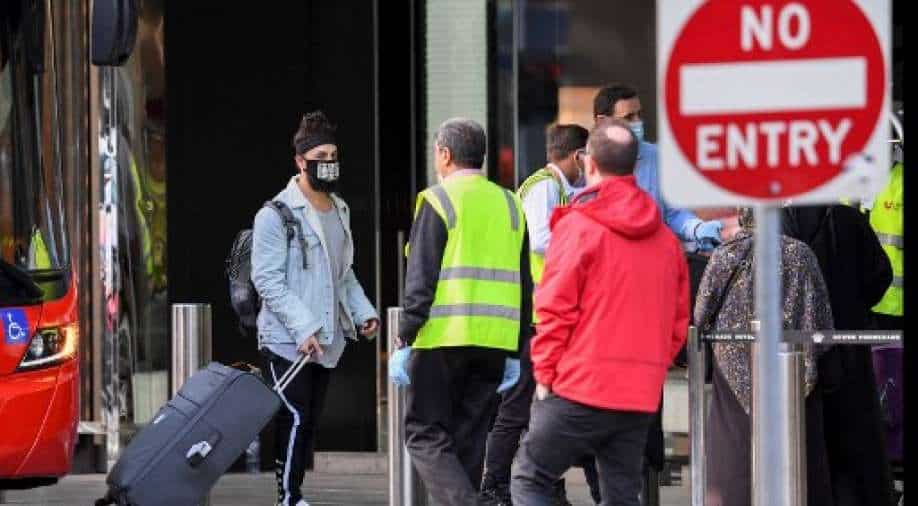 Victoria’s Chief Health Officer Brett Sutton asserted that alternative to lockdown is “potentially devastating” over fears of a cluster of cases.

Melbourne authorities imposed a snap five-day lockdown in Australia's second-biggest city to contain the outbreak of "hyper-infectious" UK strain on Thursday casting doubt on the fate of the Australian Open grand slam tennis tournament which began this week.

The lockdown which comes into effect from midnight on Friday has been categorised as "stage 4" after over 900 COVID-19 cases were linked to virus leak from a quarantine hotel at the city airport.

Victoria’s Chief Health Officer Brett Sutton asserted that alternative to lockdown is “potentially devastating” over fears of a cluster of cases which needed to be contained. Authorities said it was needed to ensure it was "sharp circuit breaker".

Under the new restrictions, masks have been mandatory with no visitors allowed at anyone's home. Public gatherings have also been disallowed and schools have been ordered to close.

The authorities have also banned religious gatherings with only ten people allowed in funerals.

Meanwhile, Terminal 4 of Melbourne Airport has been added to the list of "Tier 1" exposure sites with people who visited the location on February 9  to isolate themselves and test and remain isolated for 14 days.

Amid the lockdown announcement, PM Scott Morrison has supported calls for a “short-sharp” lockdown.