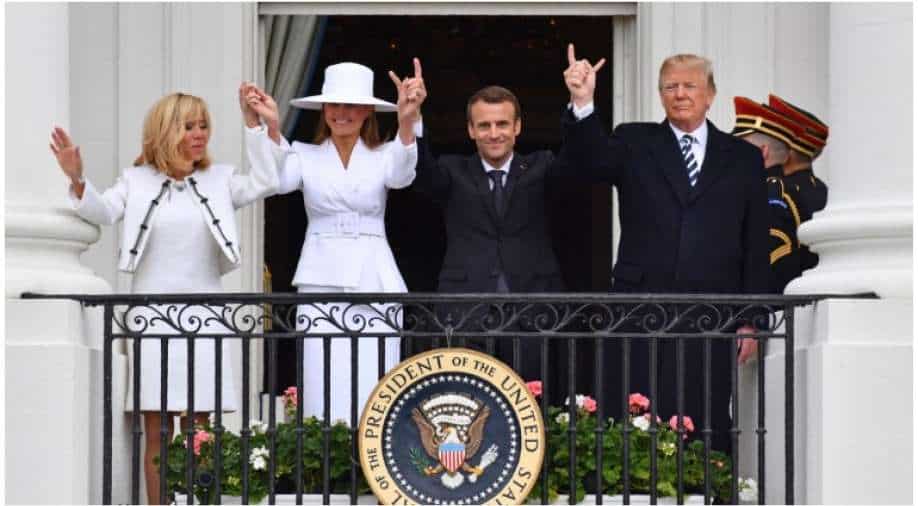 Bidding for this lot called the "Head of State Collection" will be held online between January 11 and 25, using the cryptocurrency Solana (SOL)

Former US first lady Melania Trump said on Tuesday (January 4) that she would auction a famed white hat she wore in 2018, with accompanying physical and digitized NFT drawings.

Bidding for this lot called the "Head of State Collection" will be held online between January 11 and 25, using the cryptocurrency Solana (SOL).

According to her website, where the auction was announced, bidding will begin at $250,000, currently equivalent to 1,416 SOL.

French-American designer Herve Pierre made the wide-brimmed hat at the request of Mrs Trump, who wore it as she accompanied French first lady Brigitte Macron around Washington.

The announcement states that a "portion" of the proceeds will go towards scholarships for children  in foster care to learn computer skills.

Trump's office did not immediately respond to an email by AFP inquiring about the size of the portion that will be donated.

In her first public project since leaving the White House, Trump announced last month that she would be joining the crypto trend by launching her own platform to sell NFTs (non-fungible tokens).

"I am proud to announce my new NFT endeavor, which embodies my passion for the arts, and will support my ongoing commitment to children through my Be Best initiative," Trump said in a statement at the time.

"Through this new technology-based platform, we will provide children computer science skills, including programming and software development, to thrive after they age out of the foster community."

Using the blockchain technology behind cryptocurrencies, NFTs transform anything from illustrations to memes into virtual collectors' items that cannot be duplicated.