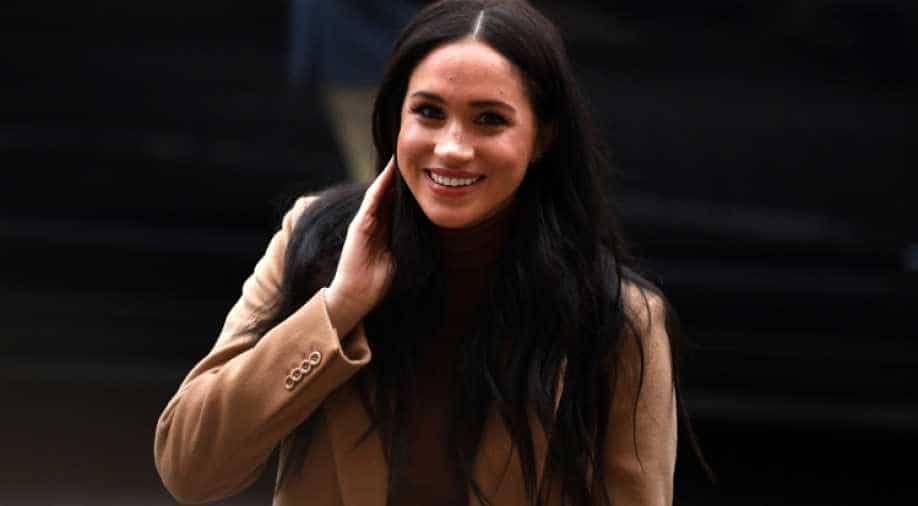 Prince Harry, sixth in line to the throne, and Meghan last week announced they intend to step back as senior royals and become financially independent.

Prince Harry's wife Meghan has visited a women's shelter in Vancouver, her first public appearance since the couple's sensational decision to pursue greater independence from the British monarchy by living part-time in Canada.

Also Read: The Royal exit of Meghan Markle and Prince Harry: Things we know so far

Images of a smiling Meghan visiting on Tuesday with eight staffers at the Downtown Eastside Women's Center was posted on the center's Facebook page.

"Look who we had tea with today! The Duchess of Sussex, Meghan Markle, visited us today to discuss issues affecting women in the community," said a caption.

The shelter in an impoverished Vancouver neighborhood provides counselling, hot meals, and basic needs for marginalized and vulnerable women and children. It serves about 500 women each day, according to its website.

The Daily Mail quoted staff as saying Meghan "asked what the women would need in terms of support. It was a nice meeting" and a boost to staff's spirits.

"I thought she was really down to earth," she said. "She's very good at sort of picking up something from the conversation and expanding that a bit, and asking questions and (she was) empathetic. She was really great."

Gibson added that Meghan seemingly "just wants to get to know the community. We know she's going to come to Canada and I think possibly the West Coast.

"I think that she just doesn't want to be sort of a stranger in the midst. She just wants to get to know people."

Prince Harry, sixth in line to the throne, and Meghan last week announced they intend to step back as senior royals and become financially independent, splitting their time between Britain and Canada where they spent six weeks over Christmas with baby son Archie.

They are now in talks with senior royals about how their wished-for new roles within the monarchy could work.

The Daily Mail also published photos of Meghan in a parka, boarding a seaplane from Victoria, British Columbia, where she's currently staying, to Vancouver for the shelter visit.

Coronavirus vaccines do not mean pandemic is over: WHO