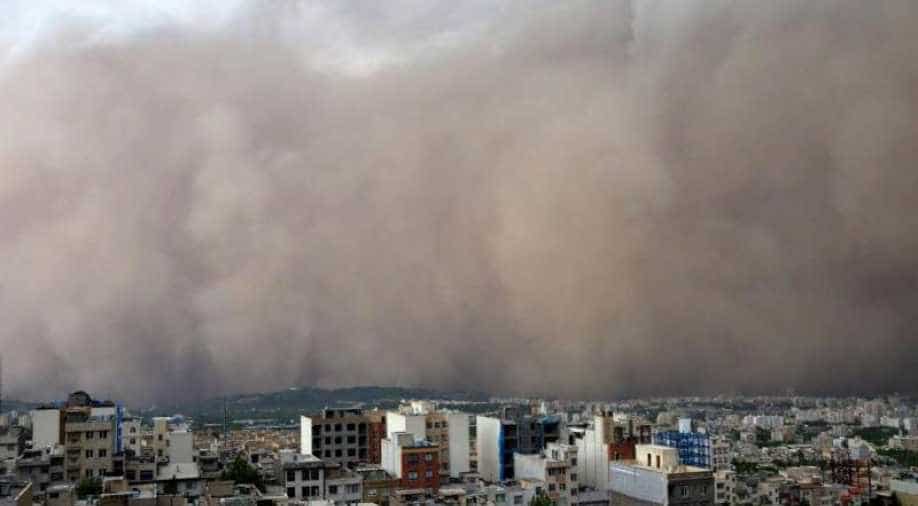 The videos of a Chinese city, Dunhuang, getting hit by a sandstorm, which lifted over 100-metre-long have gone viral. Located on the edge of the Gobi desert in northwestern China, the city experiences harsh climate many a time

Social media seems to be buzzing for a while with videos of a Chinese city, Dunhuang, getting hit by a sandstorm, which lifted over 100-metre-long, in the northwestern part of the country.

Located on the edge of the Gobi desert, the city experiences harsh climate many a time. In its aftermath, the city was left reeling under a thick layer of dust.

The viral videos of the incident show a high wall of sand slowly hitting buildings and highways. The city’s visibility remained reduced, with not many structures and buildings visible at the time.

The sandstorm wreaked havoc in the city and brought several issues for the residents. The dusty winds, which swept the city streets, forced pedestrians to cover their eyes. The thick dust also carried hazardous particles, giving a hard time to several citizens, especially elderly and patients with respiratory issues.

Earlier, China's capital Beijing launched a month-long campaign to stamp out air pollution violations after the city was choked by two sandstorms in as many weeks.

In mid-March, the city was hit by what China's weather bureau called the biggest sandstorm in a decade.