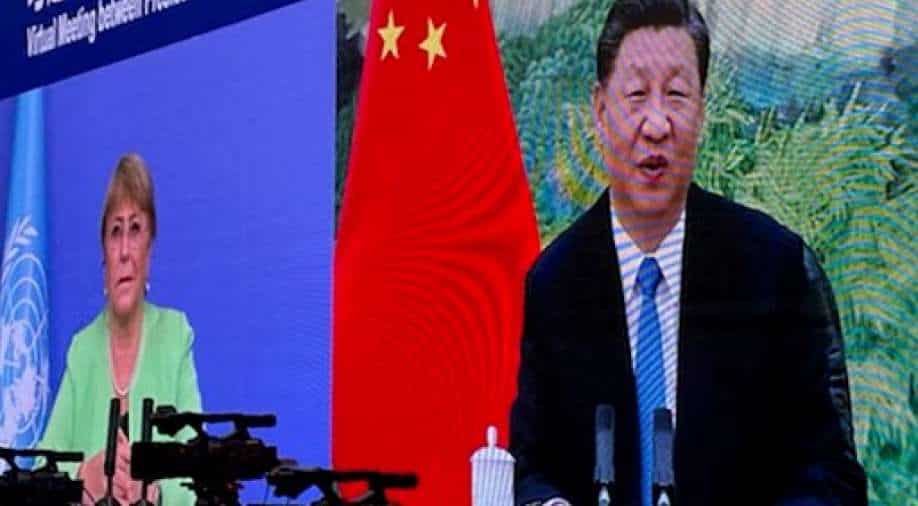 Bachelet said the visit was "not an investigation" as she added that the virtual meeting with President Xi Jinping was a chance to "listen to each other".

The US State Department had earlier declared that it had "no expectation that the PRC (People's Republic of China) will grant the necessary access required to conduct a complete, unmanipulated assessment of the human rights environment in Xinjiang."

"We are aware of the number of people seeking news on the fate of loved ones... this and other issues were raised with authorities," the UN human rights chief said.

Price added that was "a mistake to agree to a visit under the circumstances".

Human Rights Watch had added earlier that the Chinese Communist Party may "manipulate the visit as a public relations stunt."

Michelle Bachelet said Xinjiang officials had assured her that the controversial "re-education" camps have been "dismantled" as she urged Chinese officials not to undertake "arbitrary and indiscriminate measures" and avoid counter-terrorism" crackdown in the Xinjiang.

China has consistently denied the existence of detention camps in Xinjiang but in 2018 it had conceded there were  "vocational training centres" even as the United States has said China has been conducting "genocide" against Uyghurs in Xinjiang.