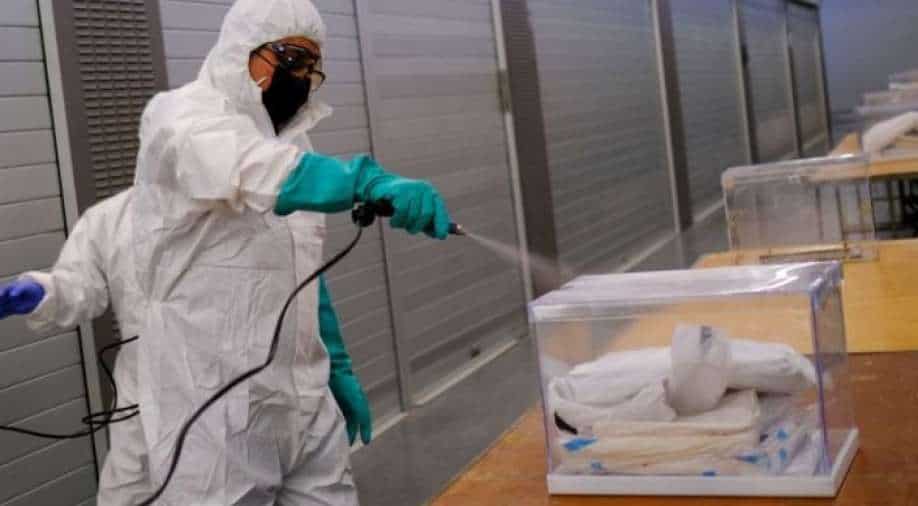 Whether the election is won by the separatist parties now in power in Catalonia or the Socialists who lead Spain`s central government, it is unlikely to lead to any repeat of the chaotic, short-lived declaration of independence in late 2017.

Catalan voters headed to the polls on Sunday for an election that will test the strength of the Spanish region`s pro-independence movement, but in an era dominated by the coronavirus crisis rather than separatist sentiment.

A steady trickle of mask-wearing voters turned up at polling stations that were replete with pandemic precautions: Temperatures taken on arrival, election workers in protective suits or visors, separate entrances and exits, hand gel on tap and floor markings to ensure social distancing.

Whether the election is won by the separatist parties now in power in Catalonia or the Socialists who lead Spain`s central government, it is unlikely to lead to any repeat of the chaotic, short-lived declaration of independence in late 2017.

But it will still be an important signal of the separatists` appeal and could affect the political trajectory of the pro-independence movement for years to come.

Opinion polls have pointed to a low physical turnout, with voters worried about the risk of contagion at polling stations.

"I have some fear and concern but it is a civic duty and so I come to vote but I don`t think it`s appropriate during COVID to call these elections," said pensioner Jose Antonio Martinez, queuing to vote outside the Sant Antoni market in Barcelona.

Close to 300,000 people have requested to vote by mail, a fraction of the 5.5 million potential voters but still a 350% rise from those who requested mail ballots in 2017.

Recent opinion polls have shown the Socialists - who oppose independence but favour dialogue - slightly ahead, although they would need support from other parties to form the first anti-independence regional government in nine years.

If separatists manage to retain control, a new independence declaration appears very unlikely, as the movement is divided between moderate and confrontational approaches and its top leaders are jailed or fled Spain after the 2017 events.

"At this time there are very few people. I`m healthy and I don`t live with anyone who is high risk," said Lali Olle, a 51-year-old psychologist who turned up in person to cast her ballot for centre-right separatist party Junts."

People with confirmed or suspected COVID-19 will vote during a specific time slot later on Sunday.