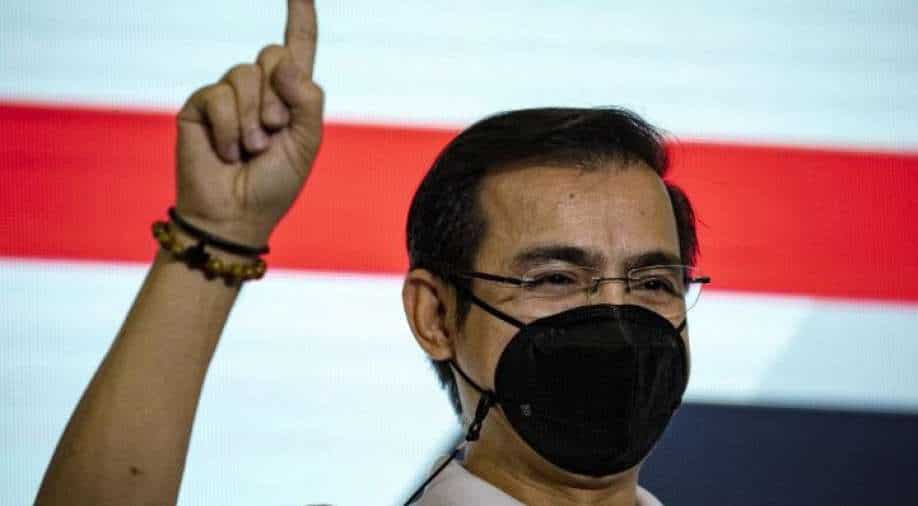 Domagoso, who is popularly known as Isko Moreno, and his running-mate Willie Ong, a doctor with more than 16 million followers on Facebook, have filed certificates of candidacy at the Commission on Elections

Manila Mayor Francisco Domagoso on Monday filed his certificate of candidacy to run for May 2022 presidential elections in the Philippines.

Domagoso, 46, popularly known by his celebrity nickname Isko Moreno, and his running-mate Willie Ong, a doctor with more than 16 million followers on Facebook, filed their certificates of candidacy at the Commission on Elections, reports Xinhua news agency.

The mayor of the Philippine capital will run under the political party Aksyon Demokratiko, of which he is the President.

According to a recent survey published by Pulse Asia, 13 per cent of the Filipino respondents expressed support for Domagoso as a "probable" presidential candidate.

Monday's development comes two days after incumbent President Rodrigo Duterte announced his retirement from politics, adding that he will not contest for Vice President in 2022 elections.

Meanwhile, his former long-time aid and Senator Christopher Go, 47, has his candidacy for Vice President.

On October 1, Filipino boxing icon and Senator Manny Pacquiao became to first candidate to file his official certificate, just days after he announced his retirement from boxing.

The May 9, 2022 elections will elect the President, Vice President, half of the 24-member Senate, members of the House of Representatives, and other local officials.

Candidates have until Friday to file their official certificates to contest the polls.

The EU had yet to formally reply to UK proposals made in July to reform the so-called Northern Ireland Protocol, he noted.

"But from what I hear, I worry that we will not get one which enables the significant change we need.

"So I urge the EU to be ambitious. It's no use tinkering around the edges.  We need significant change," Frost said.

"But we cannot wait for ever. Without an agreed solution soon, we will need to act, using the Article 16 safeguard mechanism, to address the impact the protocol is having on Northern Ireland."

The protocol formed part of the UK's drawn-out divorce from the EU, and was designed to prevent unchecked goods heading into the bloc's single market via the UK's only land border with the EU to Ireland.

But pro-UK unionists in Northern Ireland are opposed, arguing that border checks on goods from mainland Great Britain -- England, Scotland and Wales -- effectively creates a border in the Irish Sea, compromising the province's place in the wider UK.

Brussels insists that the protocol is not up for renegotiation, and could trigger trade reprisals should the UK invoke its Article 16, which would suspend the pact owing to extraordinary circumstances.

"That may in the end be the only way to protect our country -- our people, our trade, our territorial integrity, the peace process, and the benefits of this great UK of which we are all part," Frost warned.

Addressing the annual conference of the ruling Conservative party, Brexit minister David Frost said: "The long bad dream of our EU membership is over.