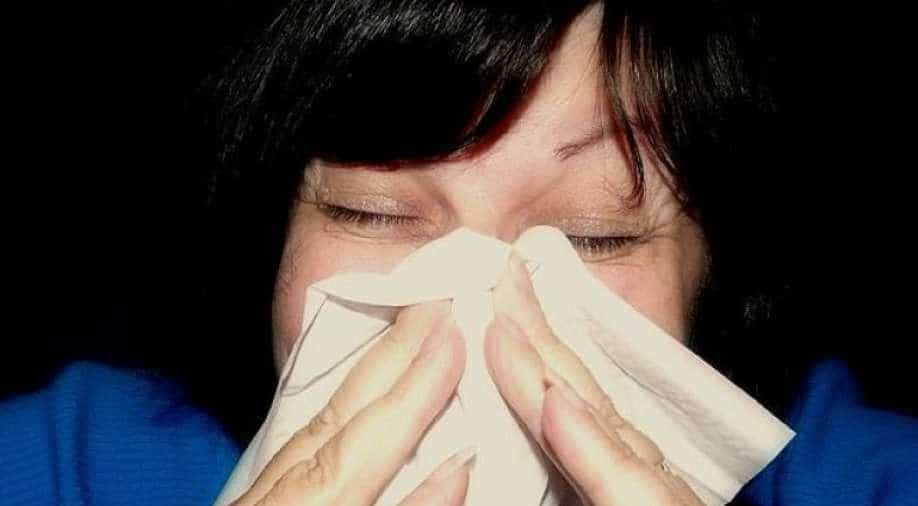 Sneezing may be one symptom of Omicron variant of coronavirus. Photograph:( Others )

Do you often block your nose or close your mouth while sneezing?

Experts now warn against it after a man ended up rupturing the back of his throat.

According to a report published in the BMJ Cases, the 34-year-old man experienced a popping sensation in his neck following by inflammation after he tried to contain a sneeze.

The man reported excruciating pain in the back of his throat and was unable to swallow or speak.

On examination, medical experts found that bubbles had made way deep into the tissue and muscles of his chest.

The man was rushed to a hospital where he was treated with antibiotics to subside the pain and inflammation.

He was discharged after a week and was directed not to block his nose or throat while sneezing.

Experts note that forcefully blocking a sneeze can have severe health repercussions.

Doing so may lead to pneumomediastinum wherein air gets trapped between both lungs.

A person's eardrums may also get perforated while some may even experience the rupturing of a cerebral aneurysm (ballooning blood vessel in the brain) while trying to contain a sneeze.