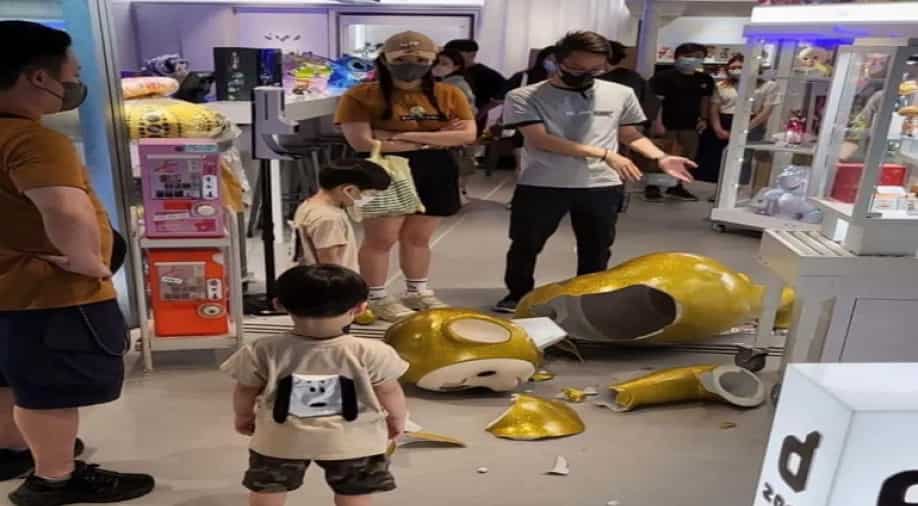 The man, who was identified as just Cheng, ended up paying HK$33,600 ($4,255) at a toy shore in Mong Kok after it seemed like his son broke a golden-coloured, 1.8-metre-tall Teletubbies during their visit.

It is always risky to leave kids unattended in a toy store and it turned out to be quite a costly mistake for a Hong Kong dad. The man, who was identified as just Cheng, ended up paying HK$33,600 ($4,255) at a toy shore in Mong Kok after it seemed like his son broke a golden-coloured, 1.8-metre-tall Teletubbies during their visit. Cheng was in the shop with his wife and two sons and after hearing a loud sound, he found his son looking over the 1.8-metre gold Teletubbies toy that was shattered to pieces. However, the store video indicates that there can be more than just what meets the eye.

The video shows that the five-year-old leaned lightly against the doll and a lot of people online believes that the store – KKPlus – unfairly blamed the child for the accident. “My son was motionless. He was staring down, looking at the toy,” Cheng said on commercial radio.

He added that the staff told him that he has to pay the money as his kid kicked the toy. While Cheng did offer to play the selling price, the store charged him the cost price of $33,600 instead.

Since the video has been released, a lot of people have been criticising the store for framing the child and KKPlus have themselves come out with a statement. The company defended their position and said that they did not want to bother the customer and just asked for the cost price.

“The company did not charge more than the selling price of the item,” the statement stated.