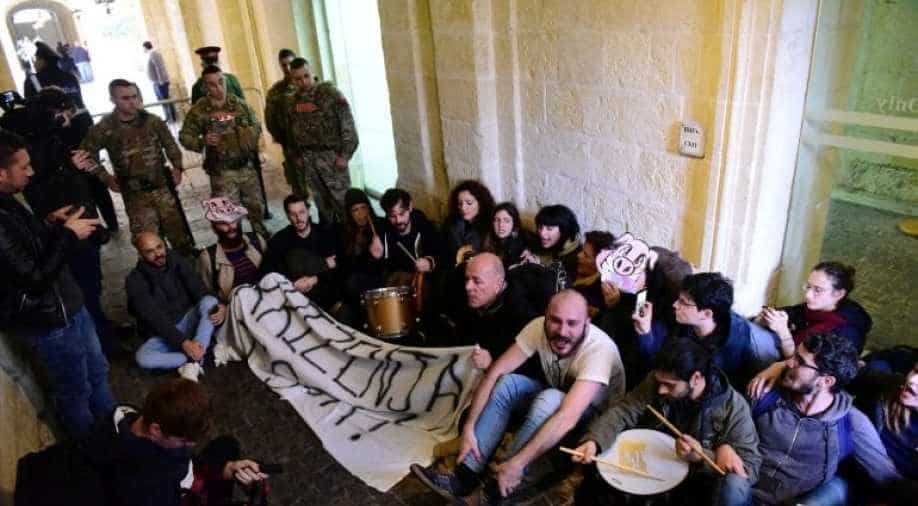 The sit-in outside the side entrance of the offices of Prime Minister Joseph Muscat began shortly after 7:00 am

Protesters demanding the immediate resignation of Malta's prime minister blocked an entrance to his office on Monday, the latest demonstrations over his handling of a journalist's murder.

The sit-in outside the side entrance of the offices of Prime Minister Joseph Muscat began shortly after 7:00 am and involved about 30 protesters.

Activists sat on the ground, shouting and banging on drums and blowing whistles. It was not clear whether Muscat was in his offices at the time.

At one point, journalists covering the sit-in were forced out of the passageway and protesters were locked inside by soldiers. They later exited the passageway, joining other protesters outside the building.

Muscat announced earlier this month that he will resign in January, responding to a wave of mass protests over a much-criticised probe into the 2017 murder of journalist and blogger Daphne Caruana Galizia.

The investigation, which is ongoing, has also led to the resignations of Muscat's chief of staff and tourism minister.

Caruana Galizia was killed by a car bomb in October 2017 after exposing corruption on the Mediterranean island that implicated top government officials. Her family has accused Muscat of protecting those involved in her murder.