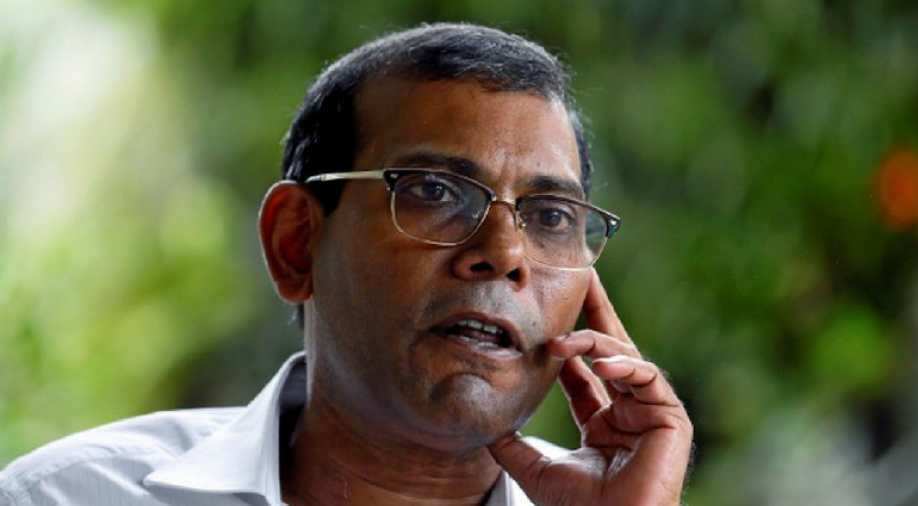 During an interview with WION, Maldives' Mohamad Nasheed reiterated the 'India first policy' and called for all political parties to 'work together with our long time neighbor India and that we should have a special relation with India'

In his first television interview since the assassination attempt on him, Mohamed Nasheed, the current speaker of the Maldives Parliament (People's Majlis) has expressed worries over the extremist elements in his country. Speaking from London to WION's Sidhant Sibal, Nasheed said, "our politicians, the liberal-minded politicians must come together, must sit down, and must work together so that we have a platform that is more liberal in its outlook."

He had suffered multiple injuries during the assassination attempt, which was a terror attack. The person who detonated the bomb was arrested.

Nasheed has served as the country's President and is currently the President of the ruling Maldivian Democratic Party (MDP). When asked about the ideological difference between him and President Solih, he said, "our party will remain united, I cannot see any harm or any serious split between me and the President."

He reiterated the 'India first policy' and called for all political parties, including the opposition Progressive Party of Maldives, to "work together with our long time neighbor India and that we should have a special relation with India". He also expressed worries over Chinese debt, explaining, "We call upon China to restructure the debt and it still hasn't happened", adding, "it will be very difficult to pay back the money" to Beijing.

WION: How is your recovery, since the assassination attempt on you?

Mohamed Nasheed: It is my first television interview and I thank everyone who has been so kind to me after the assassination attempt — the Indian authorities, foreign secretary, speaker of the parliament, the high commissioner to the Maldives. The government of Maldives is investigating the matter but unfortunately, they have not been able to get to the bottom of the issue and have not been able to identify the schemers and the funders. The man who detonated the bomb was captured on camera, so he and four other associates are in prison now.

WION: Who do you think is responsible for the assassination attempt?

Mohamed Nasheed: The person who is under arrest and the four associates of him are linked to extremist Islamic ideology, especially that of the Islamic State (ISIS). They have conducted such attacks in the Maldives, but not through a remote device detonation as it was attempted on me. However, previously, there have been three murders that have had the same pattern. It is very serious and unfortunate.

WION: How would you address the issue of radicalisation and terrorism? Is there any set plan to deal with this issue, considering the number of travellers from the Maldives to Syria and other places?

Mohamed Nasheed: That is true. A fair amount of Maldivians did travel to fight the war in Syria and other places. At the same time, we must understand, the vast majority of people of Maldives are progressive and liberal-minded. The elections — three presidential elections, four parliamentary elections and three local council elections — conducted after the 2008 constitution  suggest that extremist views have no place in the Maldives. None of the extremist conservative parties has ever won seats in the Parliament or in the local council elections.

However, because of the progressive elements of the majority, with our party on the one side and those against us on the other side, because that is divided, whenever we come to power, we have been always able to do with the extremists supporting us, with the conservative elements supporting us. That has been the case when President Yameen came to the government. That was the case when I came to the government in 2008, and unfortunately, that is the case even now. So I think, our politicians, the liberal-minded politicians, must come together, must sit down, and must work together so that we have a platform that is more liberal in its outlook. So, politics has to realign.

WION: Is there any practical plan, such as deradicalisation centers, in action that can help deal with this issue?

Mohamed Nasheed: Well, we have spoken about these things for a very long time but my understanding is that for such constructive work to happen, politics has to align first. We cannot go ahead with such a programme while there are extremist elements within the home ministry, police or the army, customs, education ministry. First, we need to reform these institutions and make sure that there is no deep state working within the state of the Maldives.

WION: How do you see India's role in helping deal with the issue of radicalisation, in terms of capacity building, and more?

Mohamed Nasheed: There is a lot that New Delhi can do and then they are doing a lot such as capacity building within the police, the military and education system. Even as I speak, work is going on. This is also the time for establishment in New Delhi to see a wider picture and to understand how politics can be realigned and how progressive forces can come to a single platform, single idea and win government accordingly. Not for winning government through alliances that have a rouge ideology.

WION: Given your vocal stand against China, what steps are you taking to make sure China does not increase its influence?

Mohamed Nasheed: One of the things we did was to reassess the nation's debt. The parliament has worked very hard in assessing how much we are in debt to different Chinese companies, banks, and also the Chinese state.

We call upon China to restructure the debt but it still hasn't happened. Due to the already existing financial difficulties and considering that the projects we spent money on were not financially viable, it will be very difficult to pay back the money. I think, all our political parties, including the opposition Progressive Party of Maldives (PPM), must again come down to the same platform where we understand diplomatic relations and where we understand that we must work together with our long time neighbour, India, and that we should have a special relation with India and we should have India-first foreign policy.

WION: It looks like a political separation and ideological difference has happened between you and President Solih. Do you think the divide can impact party unity and can those be misused by China?

Mohamed Nasheed: You can never impose unity on anyone, and wishful thinking cannot lead us to stability either. Our party will remain united, I cannot see any harm or any serious split between me and the President. Of course, we have an ideological difference, I believe that the President must revert back to the core issues we believe in, which is a moderate version of Islam and not to pander to extremist views. Yes, that can for a short while bring us political support and I don't think in the long and medium-term that is going to lead us to any stability.

WION: You recently lost the Malé council election, do you reckon any specific reason behind this?

Mohamed Nasheed: When you depart from our core values, and when you appease minority views, then the wider public understands that. Why we lost local council elections is because the MDP voters, our own voters, did not turn up. They felt that their core beliefs and ideas were ignored and that the government was pandering to minority views. They were not very happy about that. They wanted to give a clear message to the leadership, especially in Male. I believe that government must correct its course quickly.

WION: Will you be keen to stand for the next presidential elections in the Maldives?

Mohamed Nasheed: I have always been saying, I haven't retired and I am available. I will make myself available for all elections.

WION: Is there any chance of you joining hands with PPM? Or does that remains an anathema or no-go area?

Mohamed Nasheed: There is confusion here. I am seriously calling upon the opposition, to please look at what is happening in the country. You have won elections once, and they did it with extremist elements within the government. We have won twice and we did exactly the same thing. Pandering to these ideas means letting extremism creep into our country. That is not in our interest and I don't believe that the good people of the PPM, neither solid supporters of the MDP, would like that.

WION: Any plans of visiting India in the near future?

Mohamed Nasheed: I know it has been a long time. The pandemic hasn't been an easy period; travel has been extremely difficult. As soon as I am better and able to recover, which I am recovering now, I will soon be in Delhi and I would love to do that.