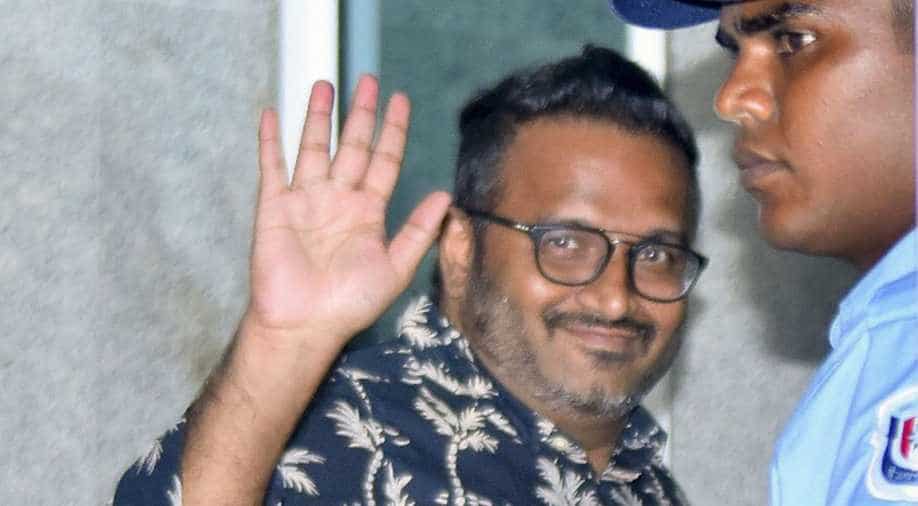 The Criminal Court on Tuesday also imposed a fine of two million rufiyaa ($129,000) for Adeeb's role in syphoning money from the state tourism promoter during the former administration.

Maldives former vice president Ahmed Adeeb has been sentenced to 20 years in prison after pleading guilty to graft, money laundering and abuse of power.

Adeeb was a close ally of ex-president Abdulla Yameen until Adeeb was jailed for allegedly trying to assassinate the strongman former ruler with a bomb on board his yacht in 2015.

The Criminal Court on Tuesday also imposed a fine of two million rufiyaa ($129,000) for Adeeb's role in syphoning money from the state tourism promoter during the former administration. He was accused of causing a loss of about $260 million to the state in leasing islets for resort development and receiving kickbacks from tourism companies.

Adeeb's then boss, Yameen, is already serving a five-year prison sentence after being found guilty in November of money laundering during his tenure between 2013 and 2018.

In July, Adeeb had been cleared of the charges by the Criminal Court, but prosecutors appealed to the High Court which ordered a fresh trial. He was initially tourism minister and promoted to vice president by Yameen, but the two later fell out.

Adeeb was jailed for 15 years after being accused of trying to assassinate Yameen following a September 2015 explosion aboard the presidential yacht.

However, he was cleared of the attempted assassination charge after Yameen's defeat at the 2018 re-election bid.

Adeeb left the country illegally in August last year but was arrested in neighbouring India and returned to the archipelago to face the latest corruption charges.

During his five-year term, Yameen had all his political rivals either locked up or forced into exile.