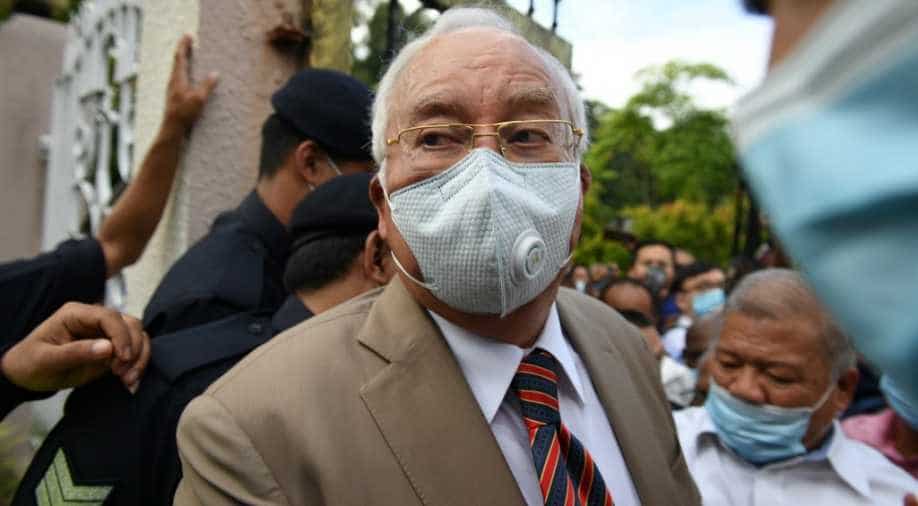 Moments being he was convicted, Razak posted a message on Facebook ''Every human being created by God will be given a disaster, a test, or a trial of life in the world'.

Former Malaysian leader Najib Razak was found guilty Tuesday of all charges in his first trial over the multi-billion-dollar 1MDB scandal.

Moments being he was convicted, Razak posted a message on Facebook ''Every human being created by God will be given a disaster, a test, or a trial of life in the world''. He tried to blame god for his wrongdoing. 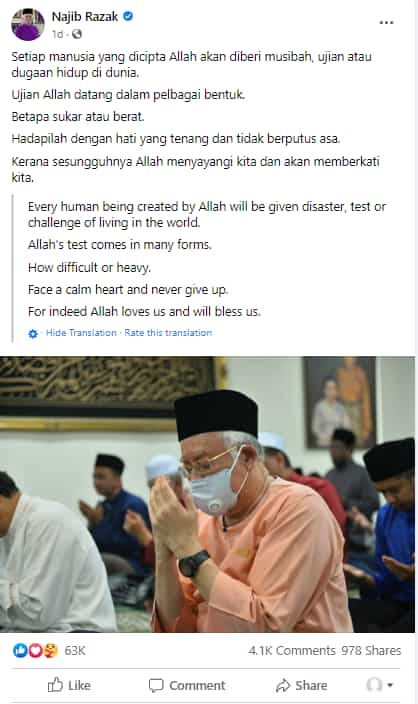 "In conclusion, after considering all the evidence in this trial, I find the prosecution has successfully proven the case," Judge Mohamad Nazlan Mohamad Ghazali told the Kuala Lumpur High Court.

A scion of one of Malaysia's most prominent political families, he faces 42 charges in five separate trials and could face years in prison.

The current trial involved a charge of abuse of power, three charges of criminal breach of trust and three money laundering charges.

High Court Judge Mohamad Nazlan Mohamad Ghazali said Najib`s lawyers had "not succeeded in rebutting the presumption on the balance of probabilities or raising reasonable doubt on the charge" of abuse of power.

The former prime minister, who was voted out in a historic 2018 election, faces dozens of criminal charges over allegations that $4.5 billion was stolen from 1MDB.

Prosecutors allege more than $1 billion of the funds made its way into his personal accounts. The funds were used to buy luxury properties, pay off gambling expenses at Las Vegas casinos, acquire paintings by the likes of Vincent van Gogh and Claude Monet worth 200 million dollars.

And, the most shocking of all, produced the hollywood blockbuster, the The Wolf of Wall Street, starring Leonardo DiCaprio.

When Razak got arrested the police seized 1,400 necklaces, 567 handbags, 423 watches and many other items worth over 250 million dollars.