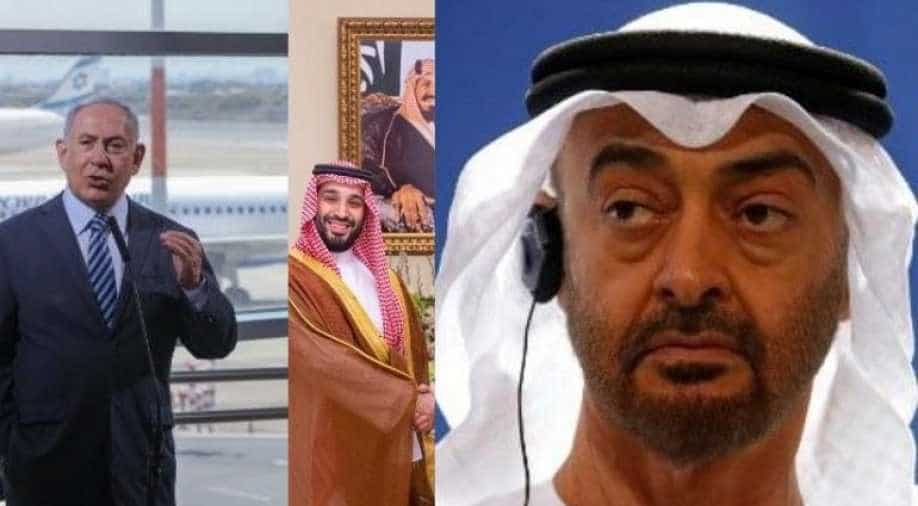 After concluding the historic agreement with UAE last week, Israeli PM Prime Minister Benjamin Netanyahu said that he was working on a plan to open "an air route over Saudi Arabia, which will simply shorten flights between Israel and the UAE."

"I estimate that we will reach an agreement that will genuinely allow direct flights between Tel Aviv and Dubai," the Israel prime minister said, adding, "it is a major revolution."

Also Read: UAE-Israel accord: Phone lines open between both countries to normalise relations

The Israeli prime minister made the statement during a visit to Ben-Gurion Airport on Monday, he asserted that the move "will greatly change Israeli aviation and the economy, with a great number of tourists on both sides and a great number of investments.”

The deal was received with mixed reactions in the Arab world as Iran dismissed it as a “huge mistake” by the UAE, calling it a "treacherous act" while President Erdogan said that his government was contemplating withdrawing its ambassador and suspending diplomatic ties with UAE over the peace deal.

Palestinians too denounced the move as Hezbollah leader Sayyed Hassan Nasrallah said UAE's move as an “election favour” for both Trump and Prime Minister Netanyahu.

However, Egypt and Jordan welcomed the move even as Oman and Bahrain praised the accord. Saudi Arabia, however, hasn't officially reacted to the move.

"Dubai has the largest free trade zones in the world," PM Netanyahu said, adding,"Now these goods will -- under the peace agreement –- reach the State of Israel and lower the prices of products."